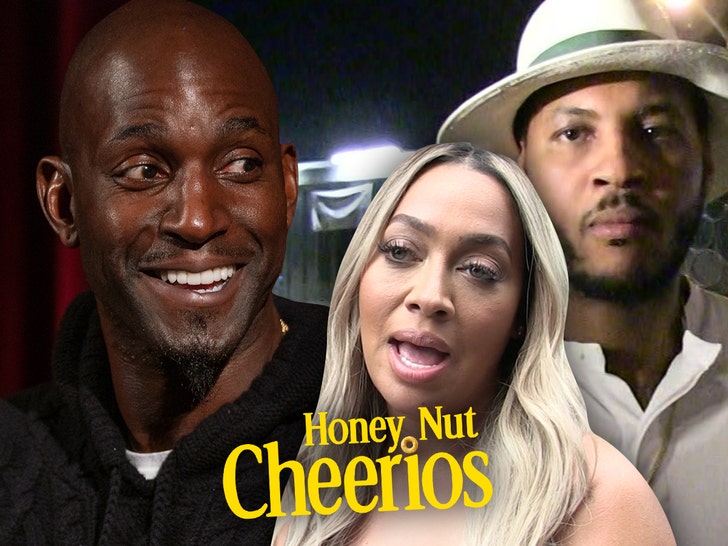 Kevin Garnett is debunking one of the most infamous NBA stories of all time, claiming he NEVER told Carmelo Anthony his then-wife, La La, "tastes like Honey Nut Cheerios" ... and he has no clue where the rumor came from.

Quick refresher -- the alleged exchange went down during a game in January 2013 between the Boston Celtics and New York Knicks ... when KG was playing for the former and Melo was on the latter.

Both guys were going at it in the 4th quarter of the matchup ... and their beef even made its way to the Madison Square Garden tunnel after the game, when Melo confronted KG in a heated standoff.

Now, 8 years later, Garnett is opening up on all the drama in an interview with GQ ... and he made it clear he would never stoop that low when it comes to trash talk. 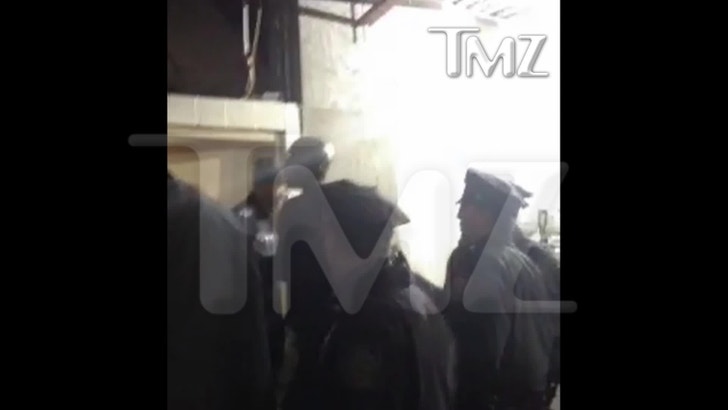 Garnett added, "I never knew where that came from. Let me clear that up."

La La -- who filed for divorce from Melo this June -- spoke about the fight in her 2014 book called "The Love Playbook" ... and also claimed the Cheerios comment was never made. 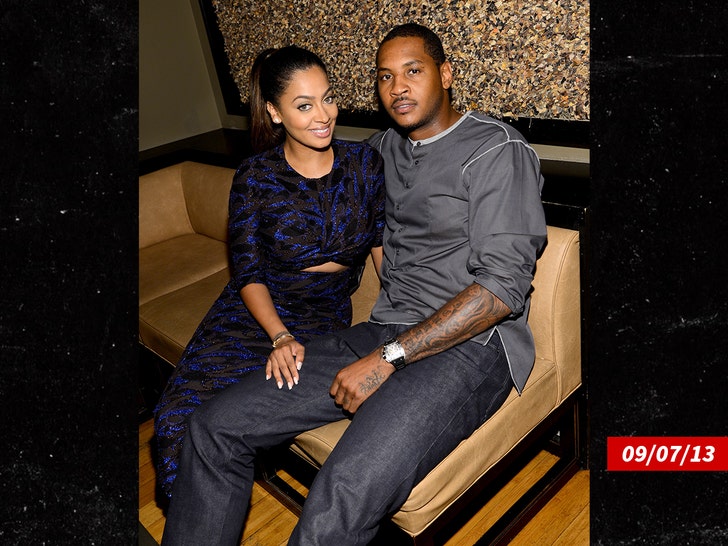 "Kevin Garnett in fact had never said that I tasted like Honey Nut Cheerios," she said at the time. "I tried to figure out how this big lie was turned into a media firestorm. I still can’t answer that one."

"Melo and Kevin are cool today. And now it’s nothing but a faint memory."

Now that KG's confirmed the comment never happened, we can certainly put this one to rest.