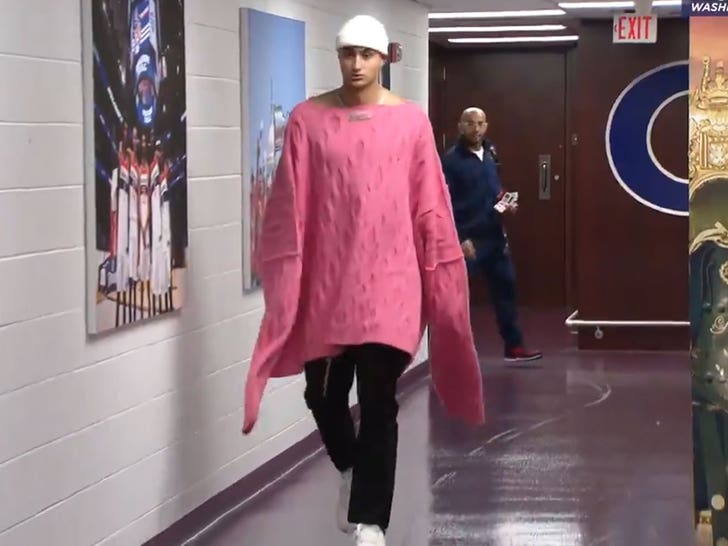 Kyle Kuzma's pregame outfit Monday night featured an oversized sweater that looked more like a damn blanket  ... and naturally, he got roasted like a marshmallow over it.

The 26-year-old showed off his Raf Simons oversized-sleeve virgin wool jumper -- which comes with a $1,659 price tag and sleeves that almost reach the floor -- on his way into the locker room before Monday's game against the Charlotte Hornets ... and the dude's NBA buddies had a blast at his expense.

Isaiah Thomas added ... "Come on killa… lol that one ain’t it haha."

J.R. Smith even took a break from class to get in on the clowning sesh ... saying, "Man hellll nawwwwwww 😂😂😂"

When you're off to one of the best starts in franchise history, you get to wear whatever you want😂@kylekuzma | #DCAboveAll pic.twitter.com/2drVu8PpGg

Not everyone hated it, though -- WNBA player Liz Cambage praised the interesting wardrobe choice ... saying, "he went and done did it 👏🏽👏🏽👏🏽."

Kuz has been known to make a statement with his style in the past ... but man, this piece of work certainly has people torn. 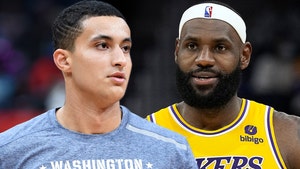 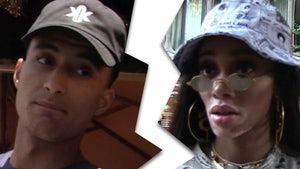