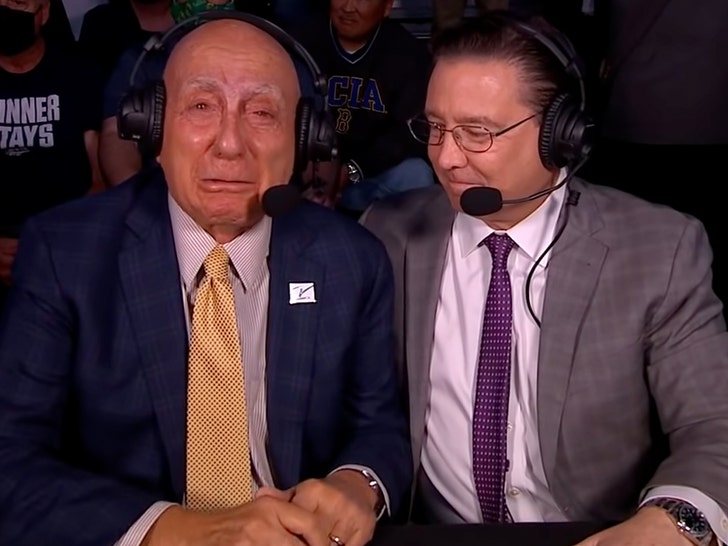 Great sight for hoops fans last night -- legendary college broadcaster Dick Vitale made his return to the broadcast booth amid an ongoing cancer battle ... and the scene was emotional.

Vitale -- who battled melanoma earlier this year -- revealed back in October that he was battling another form of the disease ... and would be required to undergo six months of chemotherapy treatment.

Dickie V announced that he would continue to call games even during his treatment for lymphoma ... saying "That's my best medicine of all," and on Tuesday, he kept true to his promise.

Vitale was on hand last night to call the highly-touted matchup between #1 Gonzaga and #2 UCLA ... and naturally, it was a special moment.

In the video, you can see an emotional Dickie V fighting back tears as he was overwhelmed with emotion ... detailing how he felt during his first college game since his most recent diagnosis.

We're so happy you're back, @DickieV ❤️

"It's great being here, Dave. I didn't want to cry," Vitale said. "I can't believe I'm sitting here. It's really a big thrill for me."

82-year-old Dickie V also said he never thought he'd be at courtside again following the diagnosis, but the support from ESPN, his family and the fans made his return possible. 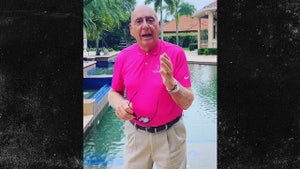