11:14 AM PT -- President Biden looks like he's taking the new COVID variant seriously ... because he's restricting travel from countries in the area where the new strain is cropping up.

Biden will restrict travel, starting Monday, from 8 African nations ... most notably, South Africa. Botswana, Eswatini, Lesotho, Namibia, Malawi, Mozambique and Zimbabwe are also on the list, according to CNN.

POTUS, who was briefed Friday on the new variant, is reportedly acting on advice from Dr. Anthony Fauci and the CDC.

Bad news -- possibly REALLY bad news -- there's a new COVID variant that has some countries in a panic ... a variant that may make the vaccine WAY less effective.

The new strain turned up in South Africa, but it's also been detected in Belgium, Botswana, Hong Kong and Israel. As everyone knows by now, this virus knows no boundaries, so it's become a concern worldwide. 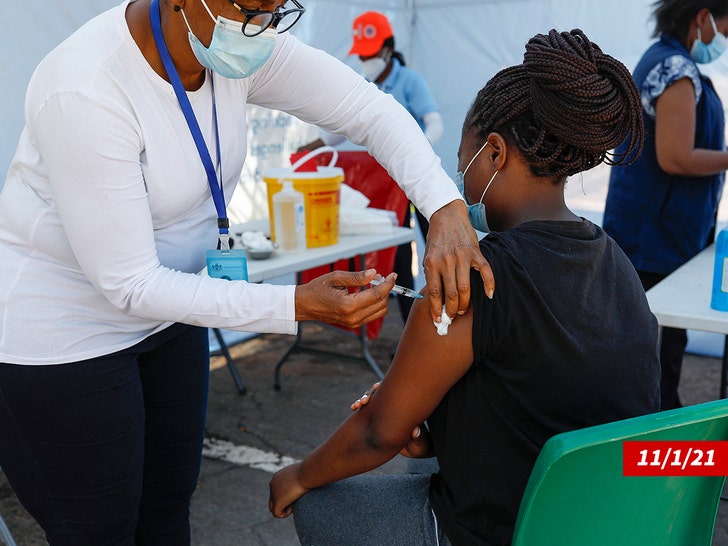 Some scientists are saying the variant makes the vaccine 40% less effective, which is beyond alarming. The hope was the Delta variant would wane after the first few months of 2022 and the pandemic would be behind us, but this new strain poses a real threat.

A bunch of countries -- including Britain, Israel, Germany and Italy -- have banned flights from South Africa, but the U.S. is still allowing planes from that country to land here. The U.S. has still listed South Africa as "Level 1: Low Level of COVID-19."

⚠️My god—the new #B11259 variant being possibly ~500% more competitively infectious is the most staggering stat yet. Also, #NuVariant has more than >2x the number of bad spike mutations than Delta. Here’s an updated 🧵👇

Dr. Eric Feigle-Ding sounded the alarm in a tweet -- "My god—the new #B11259 variant being possibly ~500% more competitively infectious is the most staggering stat yet. Also, #NuVariant has more than >2x the number of bad spike mutations than Delta." Scary.

Short story ... there's concern this strain spreads way more easily than what we've already seen. That said, it's unclear if the strain is more severe than the strains we've all been dealing with over the last year-and-a-half.

Dr. Fauci says there's no evidence the variant has made its way to the U.S. ... at least not yet. 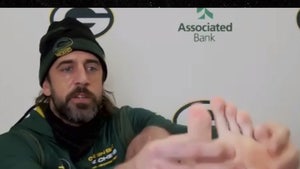 Aaron Rodgers Insists He Doesn't Have 'COVID Toe,' Look At It! 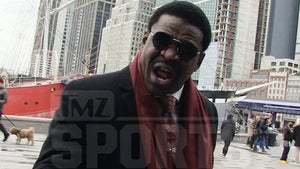