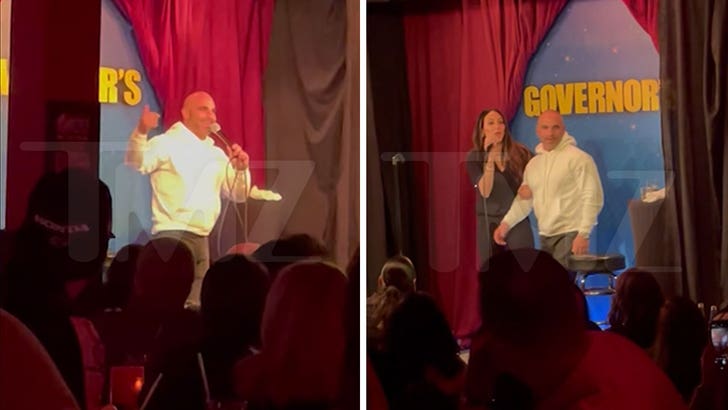 Joe Gorga might be great on reality TV, but he is definitely NOT killing it with his stand-up comedy routine ... at least not during a recent NYC gig.

The 'Real Housewives of New Jersey' star bombed during a comedy set earlier this month at the Governors' Comedy Club, where Joe took the mic at one point and things went south quickly.

Check it out ... Joe tried telling a joke/story about some guy he knows, but it came out pretty incoherently -- and more importantly, not really funny at all. He ignored some light jeering and rolled on with his act.

It looks like the audience was trying to cut him some slack ... entertaining his repeated "Are you guys ready?" line, which he used to ad nauseam, but never really paid off with an actual punchline.

We're told the crowd eventually turned on him when he started to curse at them, which you can also hear in the video. One of his pals tried pulling him off stage, but Joe wouldn't go -- that is ... until his wife, Melissa, came on and gave him the hook.

She had a message for the crowd on their way out, and all seemed mostly forgiven in the end.

Joe’s manager Mike Martocci tells TMZ … "Joe was sick that day. He had a cold. He took Sudafed and then had a couple of Scotches. It just hit him when he went on stage. We came back the next night and he made a joke about it." 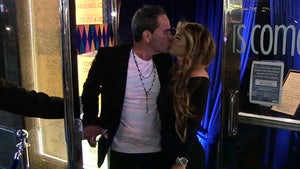