Medina Spirit -- the thoroughbred that won the 2021 Kentucky Derby -- suddenly died on a track in Southern California on Monday.

The horse's owner, Amr Zedan, confirmed the death to Thoroughbred Daily News ... revealing it appears the colt suffered a heart attack just after a workout in Santa Anita.

The horse was just 3 years old.

Medina Spirit famously won the Kentucky Derby in May ... but, as we previously reported, it was not without controversy.

The horse tested positive for steroids following its run ... and even though Medina Spirit's legendary trainer, Bob Baffert, denied that they cheated to win -- the colt could be stripped of the victory down the road pending the results of an ongoing investigation.

Medina Spirit went on to finish in third place in the Preakness Stakes after the Derby -- but did not race in the ensuing Belmont Stakes after Baffert was suspended over doping allegations. 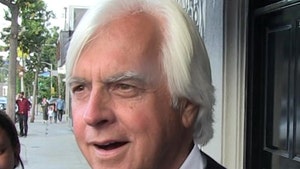 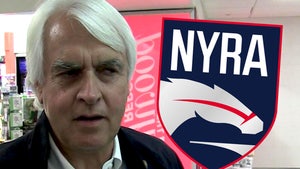