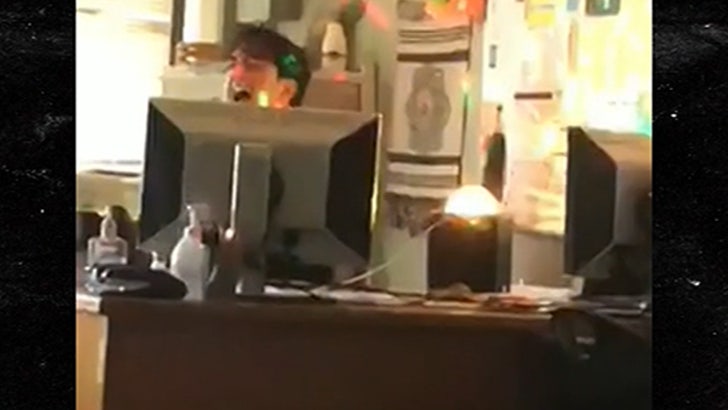 A substitute teacher in Texas was given the boot after "treating" his students to a karaoke version of Britney Spears' "Toxic."

The sub was "teaching" students at Bowie High School when he dimmed the lights and broke out the karaoke machine which he brought with him from home. He then unleashed a light show and exercised his vocal cords.

It did NOT go well. Honchos at the school gave him the boot, saying he wasn't following "best practices." Unclear whether that meant not singing at all or singing "...Baby One More Time."

Hilarious that the school district noted the teacher was not arrested!!!

Also hilarious ... a school district spokesperson said, "I've heard worse Britney Spears covers, but the lights are a bit much."

"Toxic" has become a staple at Karaoke joints for the last 15 years, and frankly, the spokesperson is right ... there have been worse versions sung.