4:00 PM PT -- The Blackhawks say Khaira suffered a "significant" injury as a result of the hit ... though they added he was released from the hospital Wednesday morning and "his prognosis is excellent."

The team also said he's expected to make a full recovery -- but it still remains unclear when he'll be able to return to the ice.

Scary moment in the NHL on Tuesday ... Chicago Blackhawks winger Jujhar Khaira was knocked out after taking a violent shoulder to the face -- and he was eventually hospitalized.

The horrifying scene all went down in the second period of the Hawks' game against the Rangers in Chicago ... when Khaira was blindsided by New York star Jacob Trouba.

Really scary scene in Chicago as Jujhar Khaira is knocked out cold by Jacob Trouba. Paramedics on the ice. pic.twitter.com/so2YmuXl8Q

You can see in footage of the play, Khaira's head slammed hard off the ice after he took the hit ... and he was immediately knocked unconscious.

The 27-year-old laid motionless for several seconds -- and he was ultimately put on a stretcher and taken to a nearby medical facility. 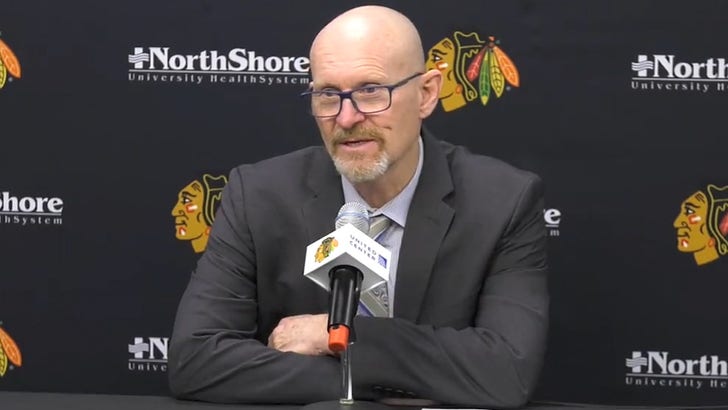 "I think he wants to get back on the ice," King added with a laugh.

Khaira -- who's played in 18 games for the Blackhawks this season -- is expected to undergo several more tests to figure out just how bad his injuries are. 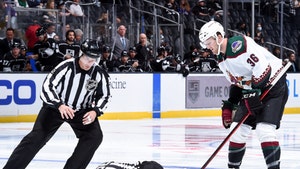 NHL Ref Stretchered Off Ice After Scary Collision With Player 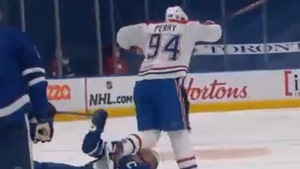