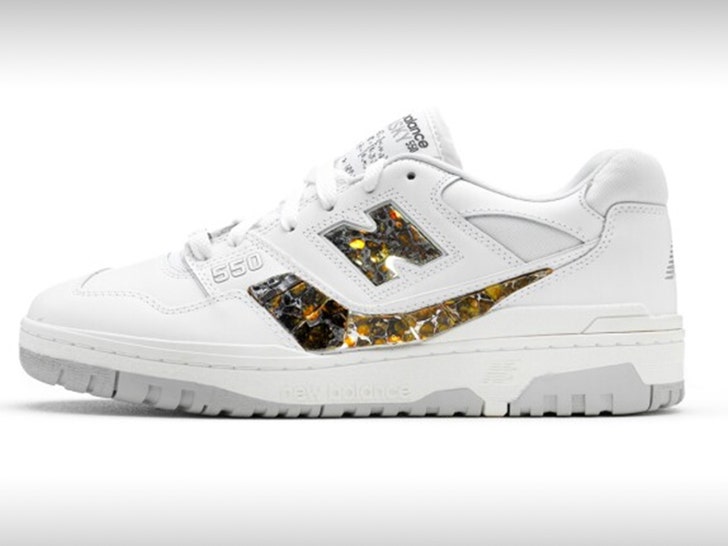 Movie trailers are so last year ... Netflix partnered with New Balance to create a one-of-a-kind pair of sneakers using pieces of a 4.5 BILLION-year-old meteorite -- all to promote a new film.

The unique white NB 550's contain 34 fragments of the Seymchan meteorite, cut using a water jet, with the New Balance logo being made almost entirely of the Pallasite space rock. 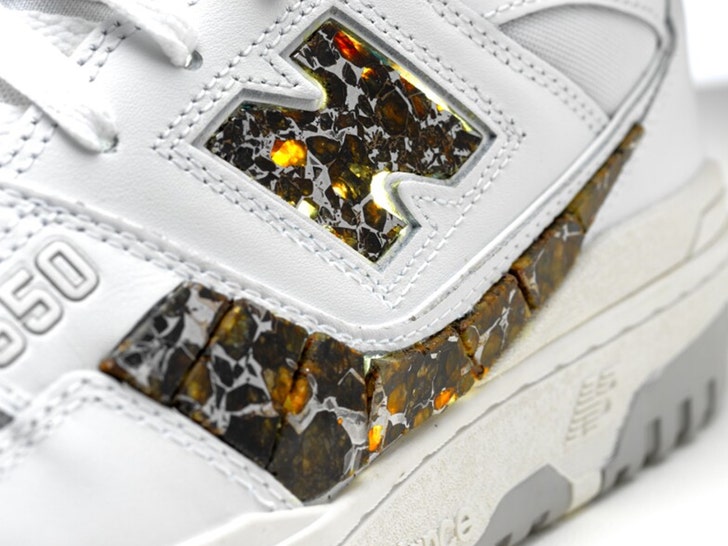 The Seymchan meteorite was chosen for the project due to its similarities to the fictional Dibiasky Comet, which is at the center of the "Don’t Look Up" plot.

The film -- set to release Dec. 10 in theaters and Dec. 24 on Netflix -- is about two low-level astronomers who go on a giant media tour to warn mankind of an approaching comet that will destroy Earth.

The flick features a star-studded cast ... Leonardo DiCaprio, Jennifer Lawrence, Tyler Perry, Meryl Streep, Ariana Grande, and Kid Cudi are some of the A-listers featured in the movie. 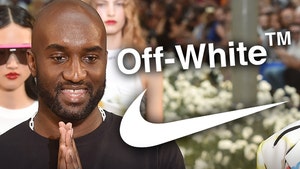 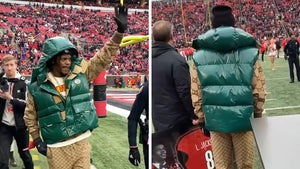