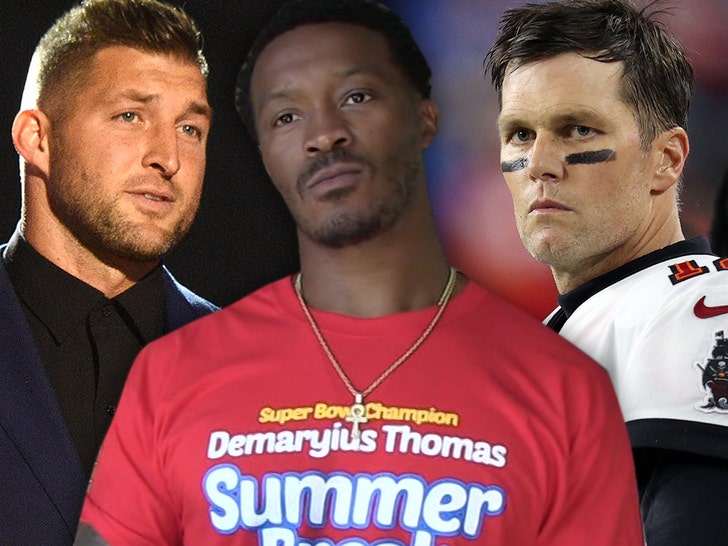 6:20 AM PT -- Tom Brady, who played with Thomas for a few months in New England in the 2019 season, also penned a tribute message to DT -- saying he, too, is heartbroken over the news.

"I'm so sad to wake up this morning to hear about the passing of my friend Demaryius Thomas," said Brady, who shared a photo of the two from this past summer.

Im so sad to wake up this morning to hear about the passing of my friend Demariyus Thomas. We were all blessed with his humility and positive spirit, and we will all miss him. This photo is from the Hall of Fame this past August, a source of light as always. 🙏 RIP pic.twitter.com/o3hvQN0cRz

"We were all blessed with his humility and positive spirit, and we will all miss him. This photo is from the Hall of Fame this past August, a source of light as always. RIP"

The news of Demaryius Thomas' sudden death on Thursday has rocked the NFL community ... with stars all over the league -- including Tim Tebow and Von Miller -- expressing heartbreak over the tragedy.

Just minutes after cops in Georgia confirmed Thomas had been found dead in his Roswell home ... ex-teammates and others from around the NFL wrote sad tributes to the former Broncos great.

"Woke up and saw the really devastating news about my teammate and friend, Demaryius Thomas," said Tebow, who connected with Thomas in one of the most famous touchdown passes in NFL playoff history in 2012.

Forever one of the coolest football moments growing up. Tebow to Thomas for the win 😢

"So many are going to remember him for his athletic ability…," Tebow continued, "but I’ll be remembering him for his kindness, his smile that would light up a room, and the love he had for those in his life. Please join me in prayer for the Thomas family."

Miller -- who played with Thomas in Denver for years and won Super Bowl 50 with the wide receiver -- was also heartbroken ... writing on his social media page, "I love you bro."

"Meeting in Denver to win a Super Bowl and then to South Africa to celebrate!" future Hall of Famer and former Broncos star DeMarcus Ware said Thursday night. "So glad you KNEW you were my brother ... Love you 88…until the next time we meet 🙏🏾. #RestInParadise" 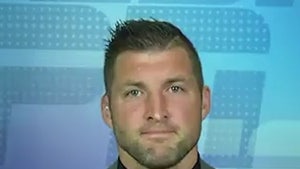 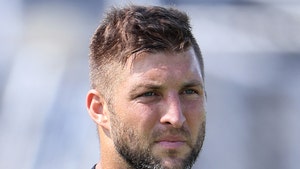