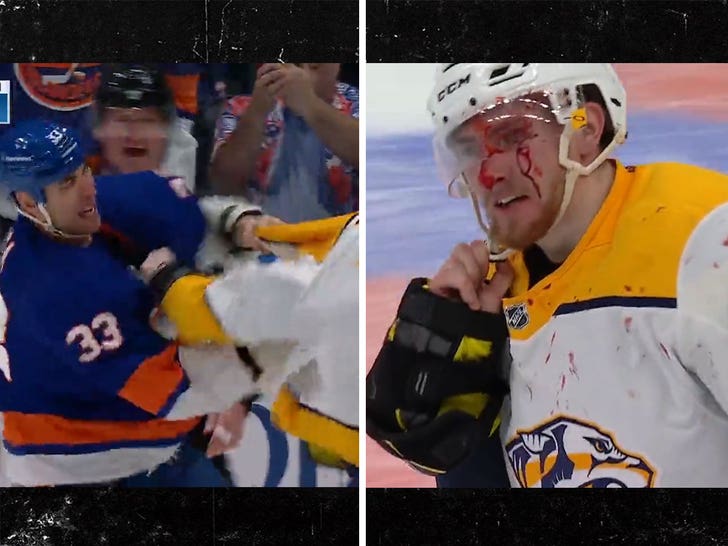 NHL star Zdeno Chara beat the hell out of his opponent so badly during an on-ice scrap on Thursday ... the dude needed seven stitches to stop the bleeding.

The fight all went down during the Islanders' game against the Predators ... when Chara began throwing haymakers at Yakov Trenin after the Nashville center had hit one of Chara's teammates.

When will people learn that doing stupid stuff on the ice and then having to fight Zdeno Chara is not a good time pic.twitter.com/K9aohmzz5f

You can see in footage of the play, 6-foot-9 Chara pulled Trenin's jersey over his head -- and then whaled on him with a violent flurry of punches.

All of the blows appeared to land flush -- and after refs separated the two ... Trenin's face looked like it had just been beaten by a golf club. 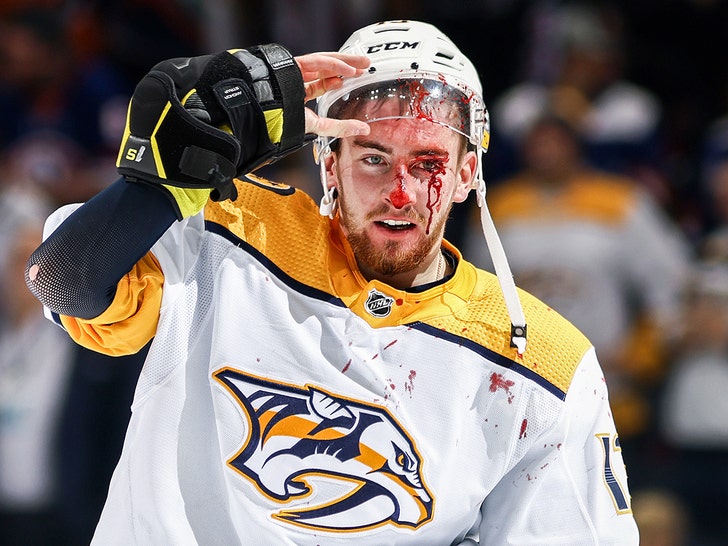 Trenin had to leave the ice to get his face sewn back together in the locker room ... but somehow, he ended up returning, and actually got the last laugh.

Trenin scored the game-tying goal in the third period, and Nashville ultimately won the contest in overtime.

Afterward, Trenin's coach praised him, saying, "I was really impressed with him."