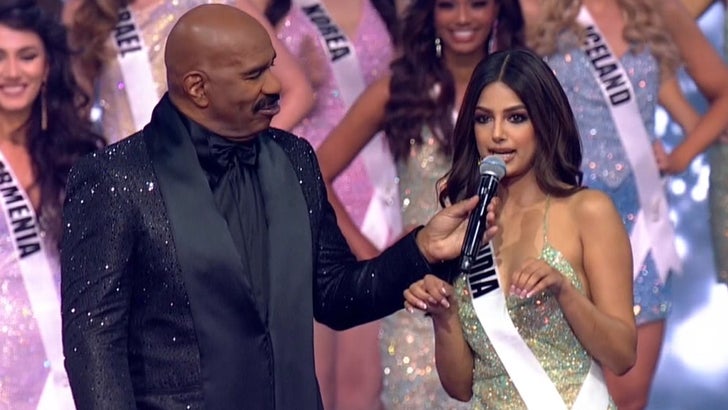 Steve Harvey committed another gaffe during a Miss Universe show -- this one wasn't as bad as what he'd done before ... but it was still pretty dang cringeworthy.

The comedian was tapped yet again to host the beauty pageant during Sunday night's broadcast, which was being televised all the way from Israel. While talking to the finalists, he got around to the eventual winner, Harnaaz Sandhu of India, and asked a strange question.

Watch ... the guy reads from his card and notes she supposedly has an interesting talent -- impersonating animals ... and he asked her to do just that right on the spot. 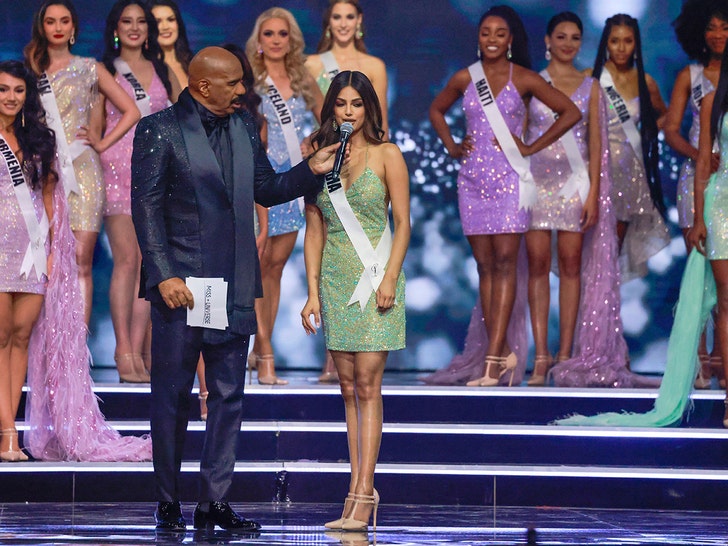 You could tell she wasn't prepared for that, let alone having to actually do it. And yet, Sandhu toughed it out anyway like a champ, telling Steve she would, since she had no other option on live TV. And then ... she did a cat impression, and it was actually really good.

Sandhu belted out a handful of loud meows, and went on to say that a particular skill -- such as this one -- could lead to bigger and better things ... so dream big, kids!

Now, while this might seem relatively harmless -- SH is actually catching some backlash for the ask here ... because, apparently, he didn't pull this same stunt with other contestants he interviewed in the moment. Instead, he asked about their legit accomplishments. 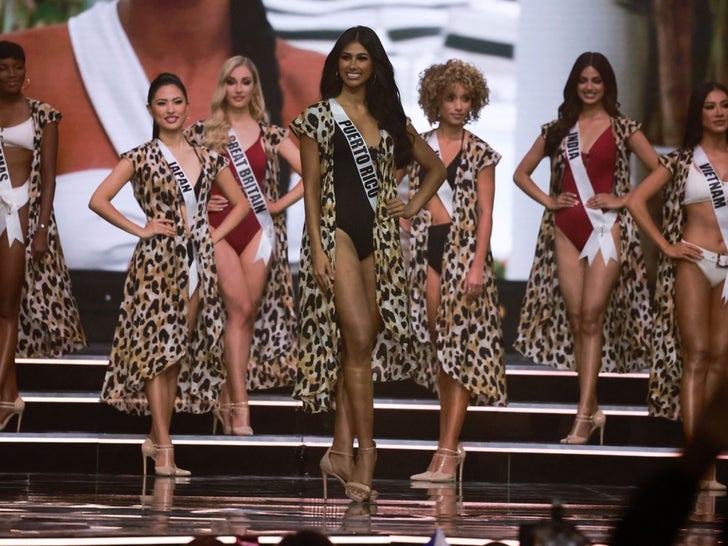 Of course, this brings back memories of him mistakenly announcing the wrong Miss Universe winner in 2015 ... and while this isn't nearly as big a blunder, it's still not great.

All's well that ends well, though -- 'cause Sandhu ended up winning the whole thing anyway. 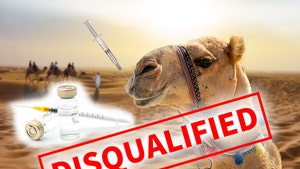 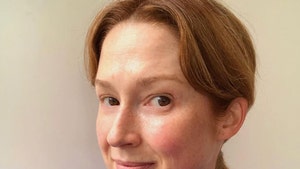