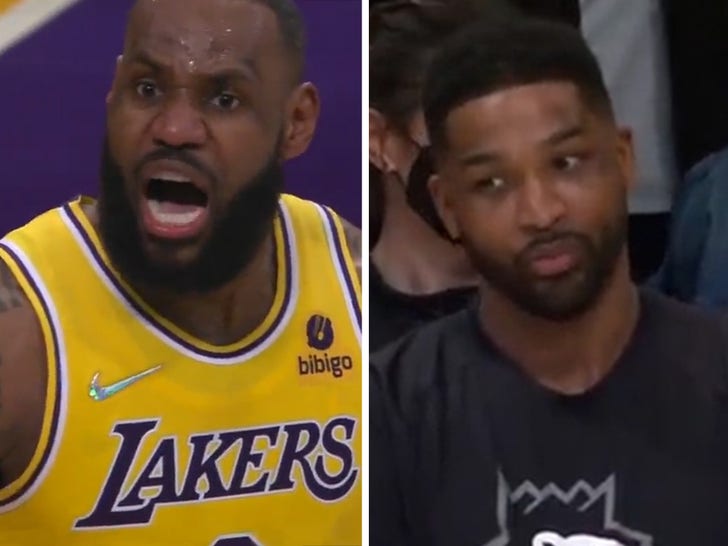 Tristan Thompson's rough week got a bit worse Tuesday night ... with his good friend LeBron James talking serious trash right in his face during the Lakers vs. Kings game.

It all went down in the closing minutes of L.A.'s matchup with Sacramento at Crypto.com Arena ... when LBJ drove the lane for a clutch and-1 layup to put the Lakers up 118-112 late in the game.

After the play, Bron headed right to the Kings' bench and yelled, "I'm a motherf***ing problem, bitch" ... with Tristan -- who didn't play in Tuesday night's game -- standing just feet away.

One of the game's announcers clearly thought it was a message directed for his ex-Cavs teammate ... saying James "looked right at him."

Tristan's reaction is priceless ... giving a sheepish look as the Lakers went on to take the win, 122-114.

Now, LeBron and Thompson have remained tight for years -- they played 4 seasons together (winning a title in 2016) ... and have remained close since LBJ joined the Lakers in 2018. 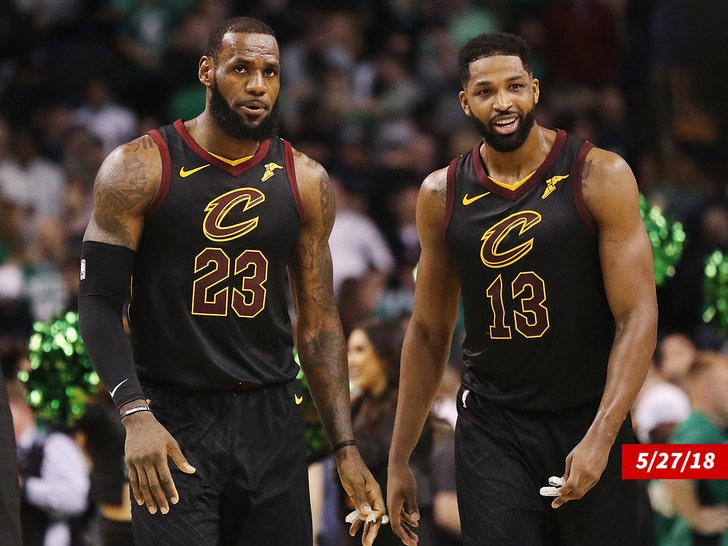 It's been a difficult stretch for Thompson -- on Monday, he revealed he fathered a child with a Houston woman and publicly apologized to his ex, Khloe Kardashian, and daughter, True, in the announcement.

LeBron's outburst most likely wasn't a personal jab at his buddy ... but still, it couldn't have felt good. 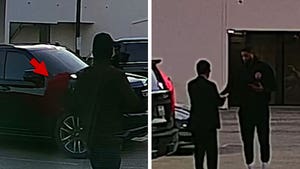