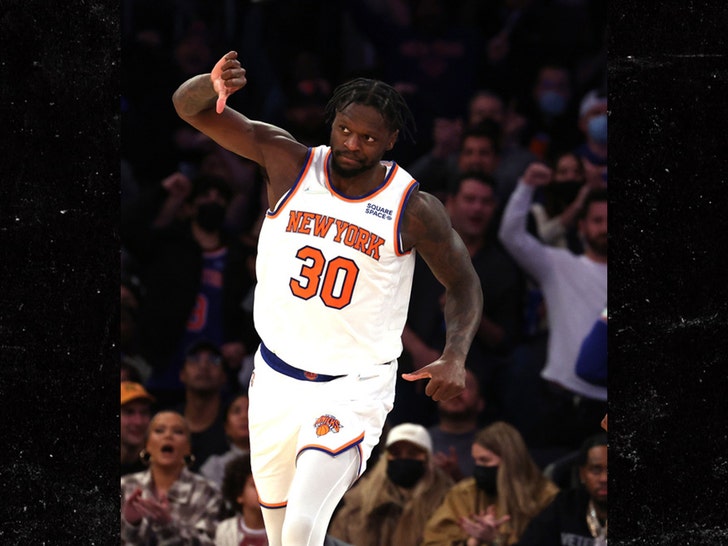 3:27 PM PT -- Julius Randle had a change of heart. The Knicks star just released a statement on social media ... apologizing for telling NYK fans why he wanted them to "shut the f**k up."

"Just want to send a quick message to our fans and be clear -- I love NYC and being a part of this team and this franchise. And like most Knicks fans, I am really passionate about us being successful."

"My family and I love how the fans and New Yorkers have embraced and accepted us and have made us feel great about our decision to commit long-term with the team this past summer. This support means the world to us."

"I understand that my actions also represent the league, the organization, and the city, and I should have handled things last night differently and expressed myself with more professionalism and more appropriate language in the heat of the moment."

"My comment was an example of how sometimes you say things you regret to people you love, even if it came from a place of passion and deep love."

"Nobody wants to win more than me and I will continue to show loyalty and dedication to my teammates, the entire Knicks organization, and the fans who have shown me and my family so much love. I am going to keep focusing on the future. Thank you. Go Knicks."

Julius Randle was so pissed with Knicks fans on Thursday night ... the star forward ran down the court and gave the sellout crowd the thumbs down gesture -- explaining after the game it was to meant to say "shut the f**k up."

"I really don't give a f**k what anybody has to say, to be honest," Randle said of the hand sign. "I'm out there playing. Nobody knows the game out there better than I do, compared to what everybody has to say."

Randle -- who won the NBA's Most Improved Player award last season but has struggled to replicate the same play this year -- has had a rocky relationship with Knicks fans this season ... and it all came to a head during NY's game against the Celtics on Thursday.

Randle made a tough basket and then turned to the Madison Square Garden crowd and pumped his thumb downward.

And, even though the Knicks ultimately came back from a 25-point deficit to win the game, it was clear afterward that Randle is still furious with his fan support -- or lack thereof.

Randle's gesture was ultimately panned by the guys on "Inside the NBA" ... with Kenny "The Jet" Smith telling the Knicks vet that fans cheering and booing are a part of the game.

"Honestly, I wouldn't do that anywhere. New York -- that could be on Mars," Kenny said of Randle's gesture. "I'm not engaging in the 19,700 that's in Madison Square Garden. I'm engaging with the 12 dudes on that other team."

Of course, this isn't the first time we've seen a high-profile New York athlete rub sports fans the wrong way with a hand gesture -- just last summer, Mets shortstop Javy Baez gave fans at Citi Field the thumbs down after they booed the team during a slump. 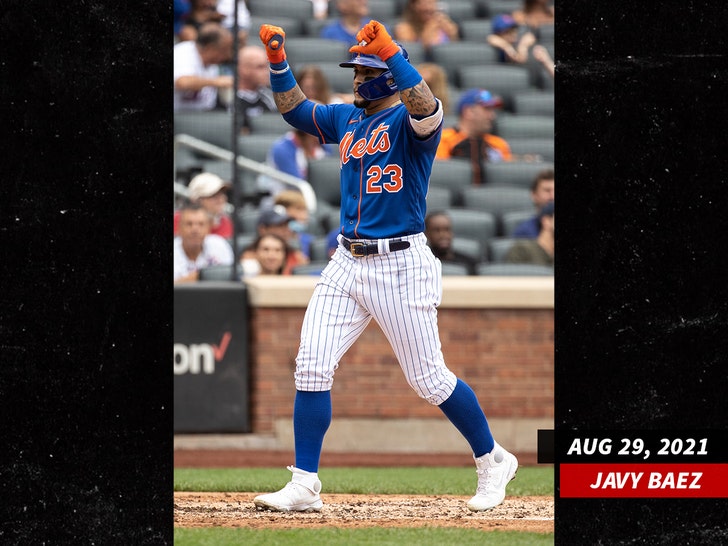 Like Randle, Baez was also criticized for the move ... and he later issued an apology over it all. 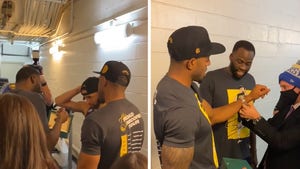 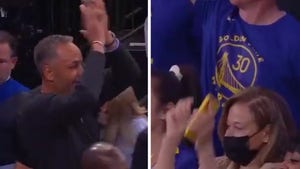