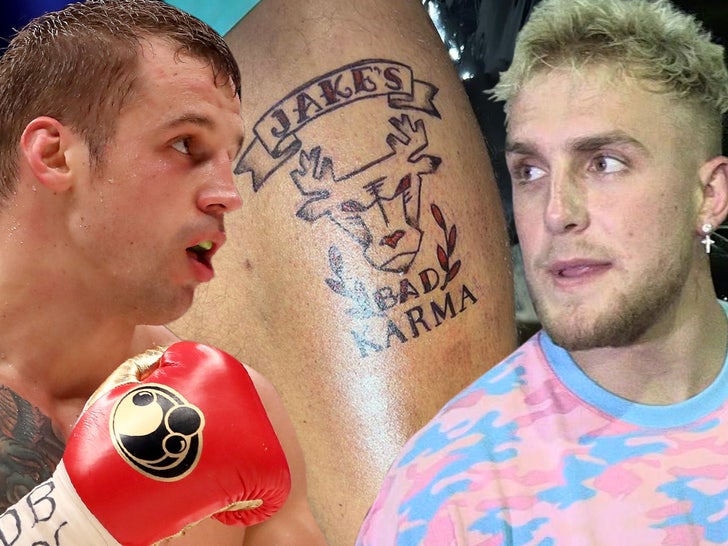 9:44 AM PT -- Jake's Most Valuable Promotions got wind of Briedis' ink and fired back on Tuesday ... saying, "This man is the IBF Cruiserweight Champion of the world, 28-1 and has been fighting professionally for 13 years ... and he tattoos Jake's name on his leg in the hope of fighting JAKE."

"Now tell us again who is a bigger breakout star in boxing? Clowns."

MVP doesn't necessarily say no to Briedis' fight offer ... so maybe it worked??

A world champion boxer is the latest fighter to call out Jake Paul ... and the dude's so serious about making it happen, he got the YouTuber's name tattooed on himself!!

The man calling out Jake is Mairis Briedis -- he's a 28-1 (20 KOs) Latvian pro who is a 3-time cruiserweight champ and the current #6 pound-for-pound boxer, according to BoxRec.

36-year-old Briedis showed how badly he wants the bout by revealing the ink job on his left thigh on Monday ... saying, "Hey Jake, I got something for you."

MB then showed off the big black and red tat of a bull's head featuring a message, "Jake's Bad Karma" ... a direct nod to Jake's "Karma" tattoo on his collarbone

This isn't the first time MB has challenged the 24-year-old boxer ... Briedis' promoter, Kalle Sauerland, made a fight offer last May with one condition -- Jake would have to retire from boxing if he lost.

Hey @jakepaul - happy to arrange you taking a shot at Mairis Briedis belts, only condition if you lose you have to leave boxing...deal? 🤝 pic.twitter.com/8APhfkDo1E

Paul ignored the offer and went on to fight ex-UFC champ Tyron Woodley instead ... so, it seems MB felt the need to take it up a notch by getting the ink done.

"Time to collect your bad karma Jake Paul," Briedis said in the video, "Pick up the phone."

Paul has yet to respond -- he's been calling out more UFC fighters like Jorge Masvidal and Nate Diaz recently -- but the tat will certainly get his attention. 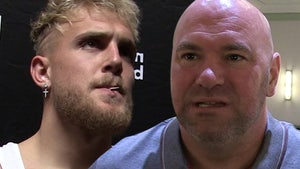 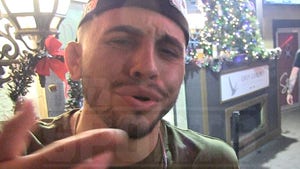