A surgeon, who's also a Delta Sigma Theta sorority member, is apologizing for posting pics from a patient's procedure ... all to plug a historic day for her sorority.

Dr. Nicole E. Williams ruffled a lot of feathers by sharing photos and info about the surgery she performed on January 13 -- she boasted about removing 22 fibroids from a patient who's a member of another sorority ... Alpha Kappa Alpha. The photos showed the fibroids on a table next to Dr. Williams who was making the Delta hand signal to rep her sorority.

That day also happened to be founders day for Delta Sigma Theta, so the good doc thought she'd show some pride -- but it totally backfired as she faced swift online backlash.

Dr. Williams has now deleted the original post and backtracked, saying ... "A terrible decision was made. I unequivocally and prayerfully apologize for any hurt I may have caused."

A lot of the outrage came from folks who felt she was violating a patient's privacy simply to promote her sorority.

She did provide a history lesson in the original post, pointing out the 22 members who founded DST in 1913 had broken off from Alpha Kappa Alpha sorority.

Both organizations are part of the 9 widely known historically Black fraternities and sororities, and when it comes to repping yours, it's fair to say it's a serious matter. Doc Williams sure thinks so ... within reason. 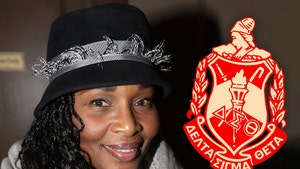 Suzzanne Douglas to Be Honored by Sorority with Special Memorial Service 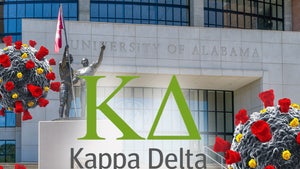