Robert F. Kennedy Jr. is backpedaling big-time, and flat-out apologizing for drawing a parallel between the COVID vaccination measures and the Jewish Holocaust.

He'd been blasted for the remarks he made Sunday at an anti-vax rally in D.C. -- even his wife, Cheryl Hines, condemned him for invoking Anne Frank's plight -- and Tuesday he finally capitulated.

RFK Jr. said on Twitter, "I apologize for my reference to Anne Frank, especially to families that suffered the Holocaust horrors." He also said, "To the extent my remarks caused hurt, I am truly and deeply sorry." 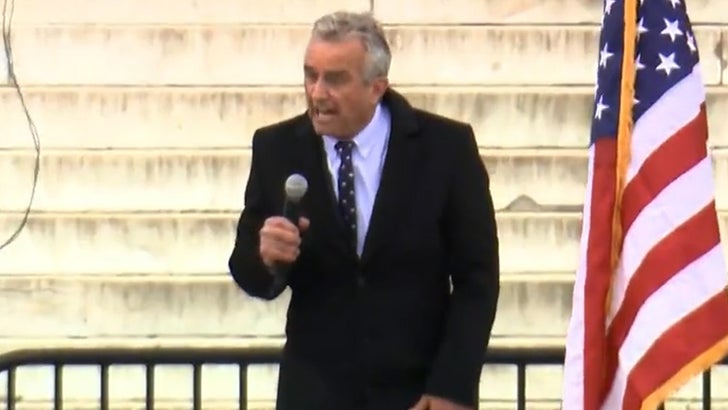 He claimed he was trying to use the terror of Nazi Germany as a parallel to what he views as "the perils from new technologies of control."

The son of the late Attorney General, and presidential candidate, RFK ... has been a vocal opponent of the COVID vaccines, but his Sunday rant crossed a line even for his wife.

Cheryl reacted by saying, "My husband's opinions are not a reflection of my own. While we love each other, we differ on many current issues."

Perhaps they finally had a heart-to-heart -- at least when it comes to him exploiting the Holocaust.