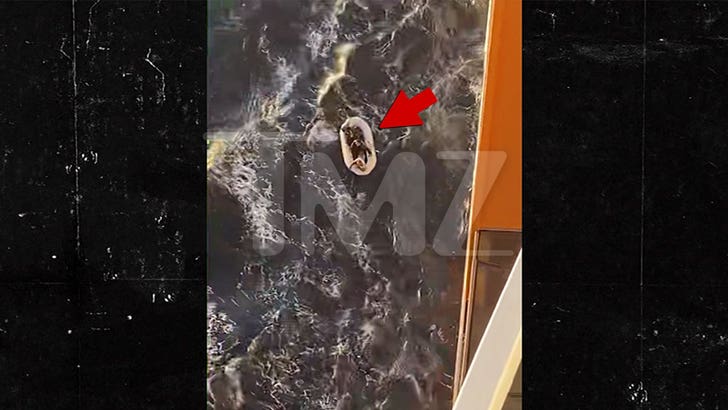 A group of apparent migrants who were stuck in the big blue with nothing but each other and a raft found refuge in a nearby cruise ship -- which swooped them up in heroic fashion.

Check out this video showing a daring rescue Friday somewhere out on the Atlantic -- about 50 miles from Cuba, we're told, and en route back toward Florida -- where a Celebrity Apex came across these guys in the water ... floating aimlessly in the middle of nowhere.

Apparently, it was actually a passenger who spotted them out there ... and then sounded the alarm. The captain of the ship turned the thing around to go get 'em -- and to bring them onboard, of course.

That's exactly what happened ... but it was no easy task getting a ladder down to the stranded trio -- who struggled, at first, in securing it -- but were ultimately successful. 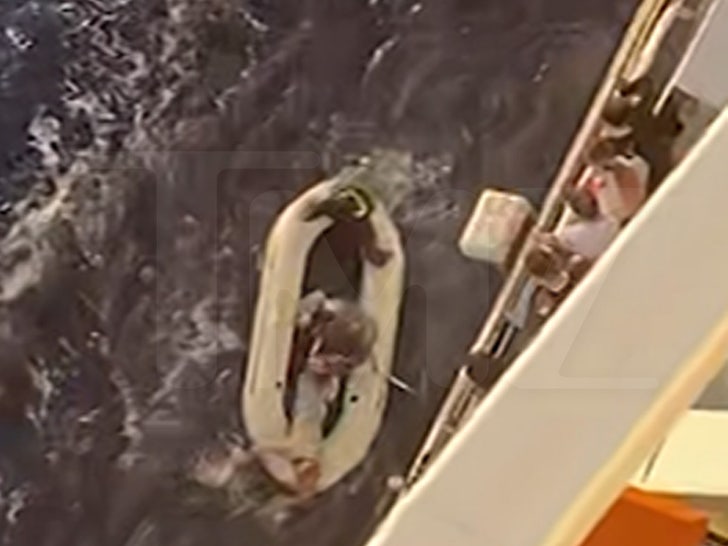 As you can see ... folks were cheering when they finally got a hold of the rungs and were able to hoist themselves up. We're told that the captain later explained that if they'd left them out there ... those folks would've perished, not just because of the choppy waters ... but because they simply didn't have any supplies on hand -- including absolutely no food.

In the end the U.S. Coast Guard was summoned to collect the group ... which is what they did. Unclear what might become of them -- but they'll almost certainly be processed through immigration to figure out where they need to go. At least they're alive, though! 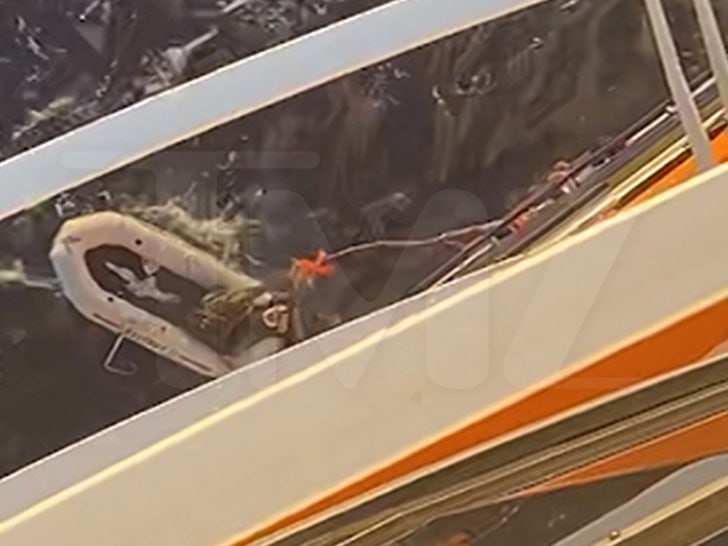 We're told the Celebrity Apex continued on its voyage and touched down in Ft. Lauderdale Saturday. That's a tale of the high seas those vacationers won't soon forget ... no doubt. 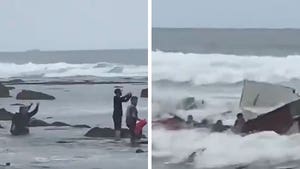 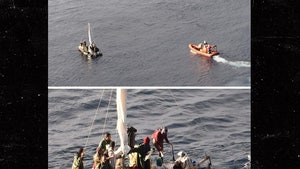