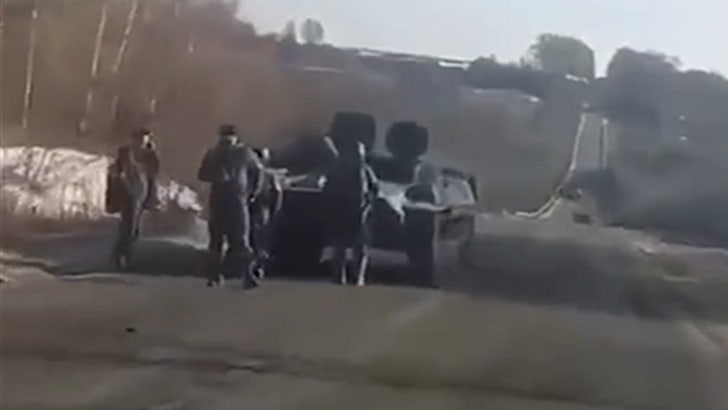 The Ukrainians are not only a stronger force than the Russians expected, but they're also bringing attitude to the fight, and they're doing it in an awesome fashion.

Check out this video ... some Ukrainians were driving and came upon a Russian tank that apparently ran out of gas and was simply stuck in the road. Rather than hightailing it out of there, the Ukrainians mocked the Russians, asking if they wanted a tow back to Russia.

Here's the translation of how the convo went ...

Ukrainians: You guys broke down?

Ukrainians: You broke down? Maybe you need a tow back to Russia.

Ukrainians: Do you know where you're headed?

Ukrainians: Well you're headed toward Kyiv.

Russians: What are people saying?

Ukrainians: Everything is going our way. Your side is surrendering well because none of your guys know where they're headed. I asked a whole caravan of guys like you and none of you know where you're headed.

The brutal reality ... the Russian assault on Ukraine has intensified over the last 12 hours, but the Russian troops have met with intense resistance. The capital -- Kyiv -- and is the flashpoint. 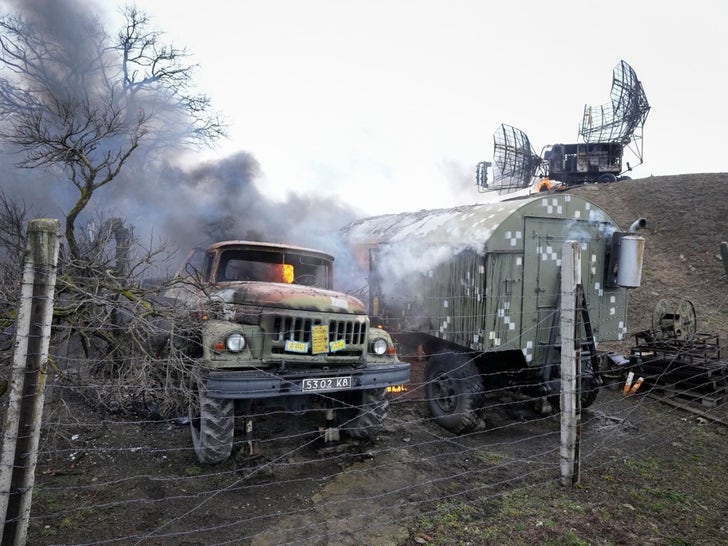 Untold thousands of Ukrainians have fled their homeland, but those who are staying have made it clear ... they will not go down without a righteous fight, and they're proving it in many, many ways ... standing up against a brutal dictator who kills people he doesn't like and lies to justify invading a free country ... killing innocent civilians. 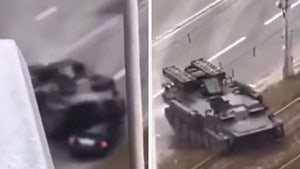 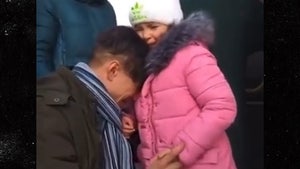 Ukrainian Father Sobs As he Sends Daughter Away In Heartbreaking Video