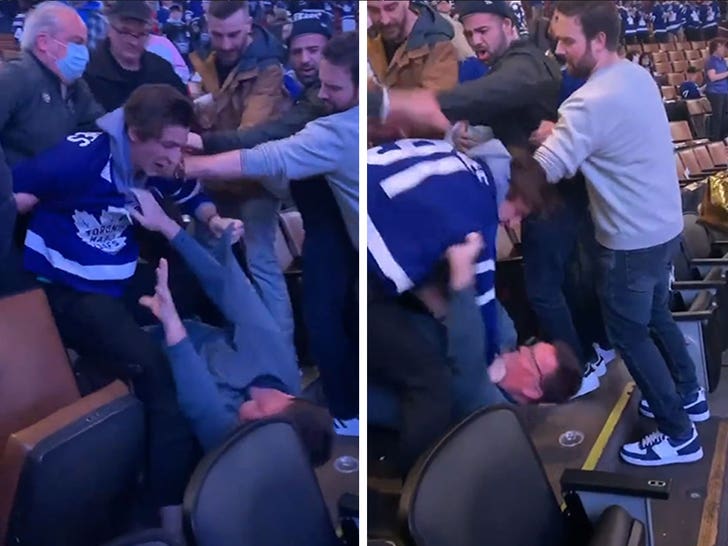 A Toronto Maple Leafs fan ruthlessly pummeled another man -- raining punches down from the full mount position -- in one of the most violent fan fights ever, and the altercation was captured on video.

The fight allegedly went down during Thursday's Maple Leafs game against the Washington Capitals game at Scotiabank Arena in Canada.

Things got a little out of hand at the leafs game last night after a grown man allegedly put his hand on a girl which led to this fight pic.twitter.com/NZFI4JDXuH

The man on top delivers at least two punches to the face ... appearing to break the man's eyeglasses, while other fans attempt to stop the violence.

It's unclear why the fight started, but, the man doling out the beating is heard saying something about the man touching a woman inappropriately, yelling "you can't touch a girl like that."

FYI, the guy getting beat up is never seen on video doing anything out of line to a woman.

You wouldn't know the guy doesn't fight. He got himself into one of the most dominant positions in MMA -- full mount.

"Full mount" is a dominant grappling position where one opponent sits on top of another's torso. It allows the person in the superior position to attack with a flurry of big punches, effectively leaving the person on the bottom defenseless.

Peace was eventually restored, and the guy who received the punches was helped to his feet ... face bloodied, appearing dazed and wobbly.

We reached out to police in Toronto, the arena, and the Maple Leafs organization. So far, no word back from anyone.

There was a bit of good news, despite the violent scene ... the Maple Leafs beat the Capitals, 7-3. 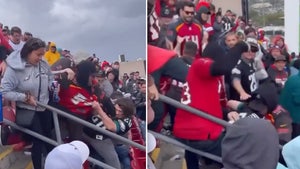 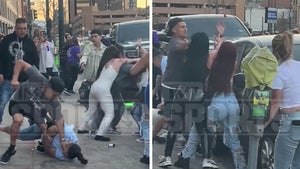