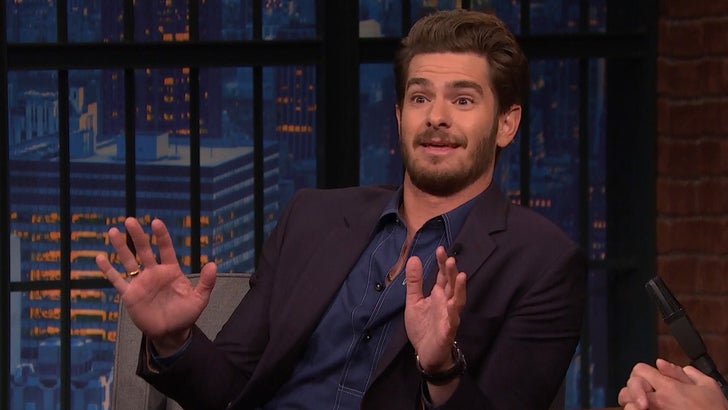 When it comes to junk in the Spidey trunk, Andrew Garfield says he needs no assist ... no ifs, ands or butts.

Andrew went on "Late Night With Seth Meyers," Thursday, to talk about his latest project, but he also got down to business ... answering what folks have been wondering since "Spider-Man: No Way Home" hit the big screen -- who has the fake butt?!

As you know, three actors play the role of Spider-Man ... and one of em' might have gotten some extra cushion.

But, make no mistake ... Andrew says, "he's totally unmodified" in that department.

ICYMI, Tom Holland actually went on Seth Meyers' show, previously, and said ... "I'll give you a spoiler, and I won't tell you who, but one of us has a fake a** in the suit." "You can figure that out for yourselves."

Andrew insists it's all just a marketing ploy ... "You know, we want to get the audience sat and paying their tickets, and Tom is pretty great at creating subgenres of games for you all, while you're in the cinema-going, "'well, that butt doesn't look real.'"

And, he's right about that one!

While it's not completely clear if one of them actually does have a fake butt in the suit ... it's certainly not Andrew! 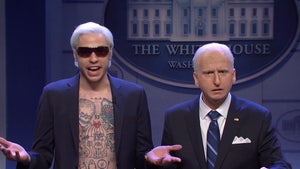 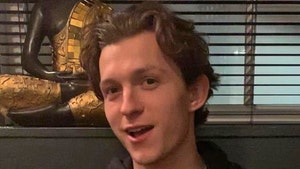