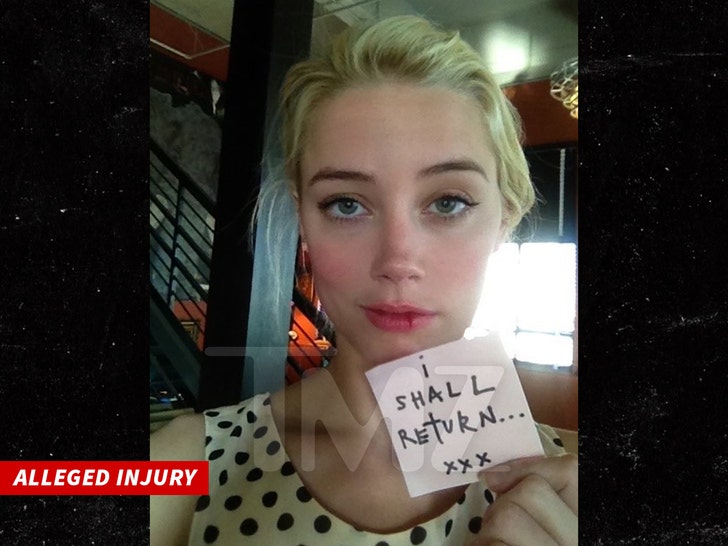 Amber Heard detailed an alleged attack at the hands of Johnny Depp which she claims left her with a bloody lip -- an injury her lawyers tried to prove with a photo -- but were shot down by the judge because it wasn't submitted in time for trial ... but TMZ has the photo ... a photo Depp's press team says doesn't line up with the timing of her allegations.

Heard claimed in her testimony ... Johnny struck her in the mouth during an argument, saying, "I was in one of these fights, I believe it's this one, in his downtown ECB, we call it, loft, and we're in the kitchen living room area and he backhands me." 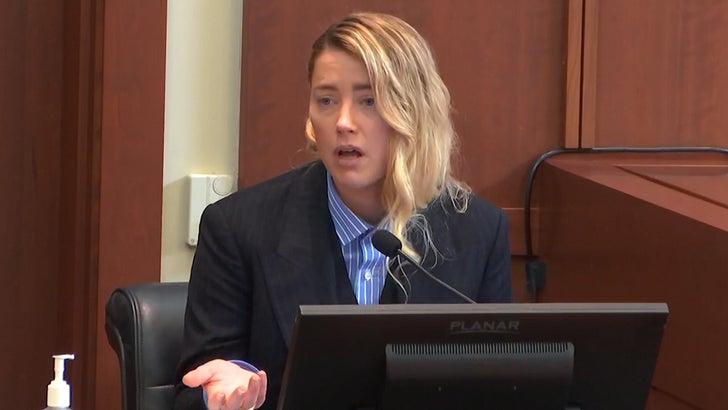 It's the same photo Heard's legal team wanted to show the jury, but Depp's team objected ... saying Amber's lawyers never submitted the photo during the discovery phase of the case. The judge agreed with Depp's attorneys, so the photo was never introduced into evidence.

Now Depp's team tells TMZ ... the photo is from 2012 -- TMZ has seen the metadata and we've confirmed that -- yet in the UK defamation case, Amber's witness statement said the first violent incident was in 2013 ... a year after the alleged bloody lip photo was taken.

A source close to Amber says she messed up her dates in the UK case, and once she got her therapist records, it showed the alleged abuse from Johnny stemmed back to early 2012 ... so they say the timing of the photo makes sense.

Of course, the photo and alleged incident are just one example of countless physical violence claims both Heard and Depp have leveled against each other through the trial. 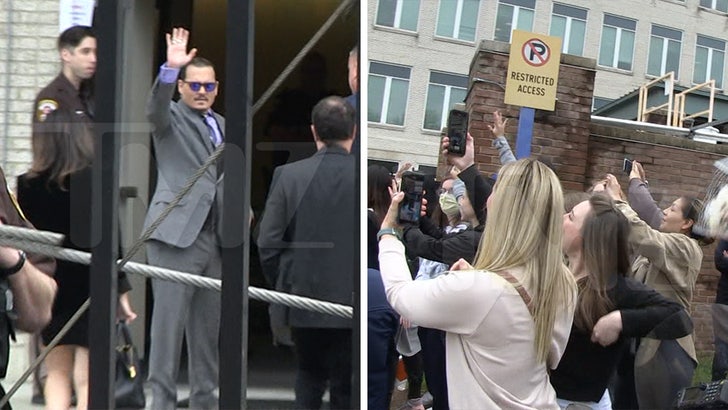 Remember, Johnny's team claimed Amber's allegations have evolved with "new and convenient details" over the years -- and that she had been "preparing to give the performance of her life in this trial."

To that, Amber's team says, "The panicked Depp's team is fighting tooth and nail to prevent compelling evidence and photos such as this from being introduced. They continue their losing strategy: distract the jury and demonize the defendant."

The case is in recess until May 16, when Amber is expected to be back on the stand. 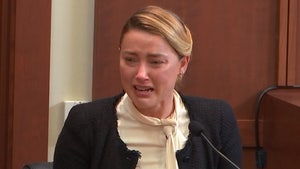 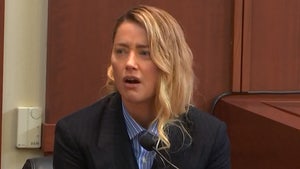