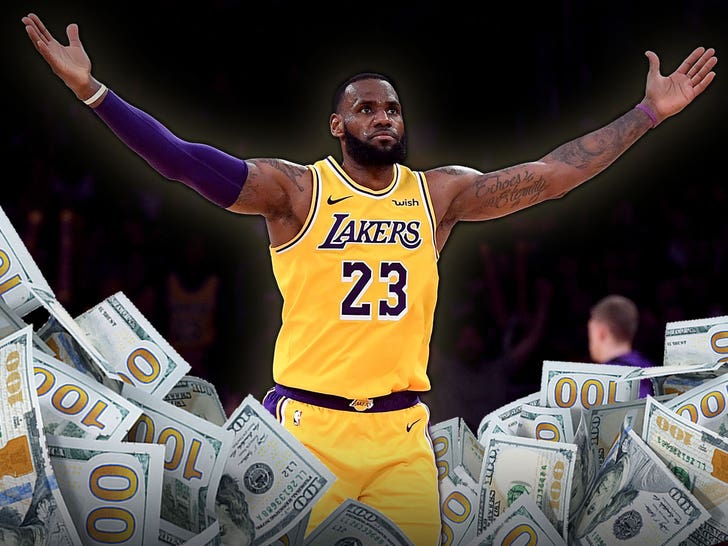 LeBron James' Lakers took plenty of Ls in the last 12 months ... but The King's bank account certainly didn't -- because the L.A. superstar raked in a reported $121 MILLION this past year!!

Forbes just released its annual "top-10 highest-paid athletes in the world" list ... and LBJ came in second place, just behind Lionel Messi, who the outlet reports garnered around $130 million.

Forbes says LBJ's cash flow was obviously inflated by his huge Lakers contract -- but his ventures with the new 'Space Jam' flick, his "The Shop: Uninterrupted" talk show, and other endorsement deals pushed him over the $100 million mark, which is quite the feat.

What's interesting ... Conor McGregor for the first time in a long time didn't crack the top 10 -- but don't fret, Forbes says he was close, landing somewhere in the top 50.

As for the 10 dudes at the top of the heap ... Forbes says in total, they all earned a combined $992 million in the last year. 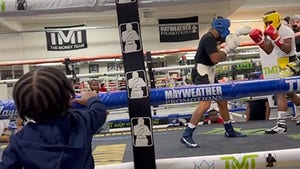 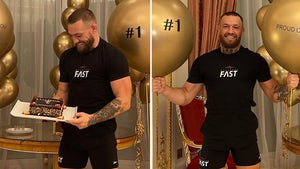 Conor McGregor Gets Cake & Balloon Party For Being Rich, Congrats On Forbes Ranking!