Aerosmith frontman Steven Tyler has voluntarily checked himself into rehab after a recent relapse.

The group released a statement Tuesday, saying, "As many of you know, our beloved brother Steven has worked on his sobriety for many years. After foot surgery to prepare for the stage and the necessity of pain management during the process, he has recently relapsed and voluntarily entered a treatment program to concentrate on his health and recovery." 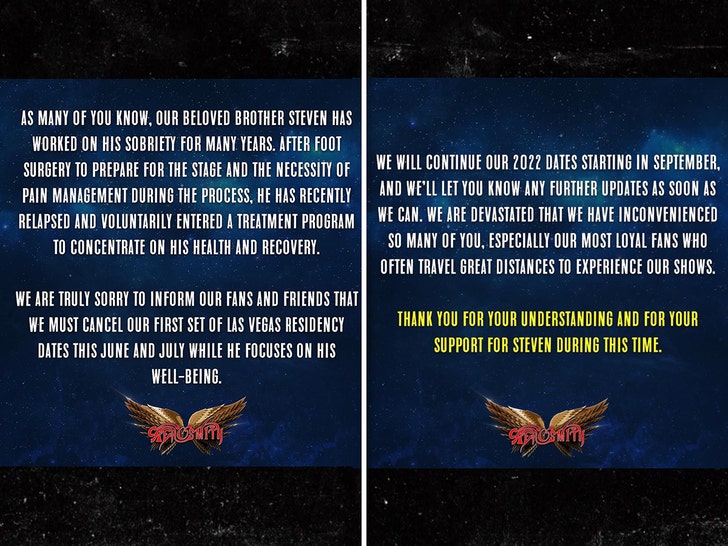 Aerosmith was supposed to perform in Vegas for the first time since the pandemic during a residency at Park MGM starting in June, but those shows have been canceled while Tyler recovers.

The good news ... the group remains hopeful they'll be able to hit the stage during the second leg of shows in September, writing, "We are devastated that we have inconvenienced so many of you, especially our most loyal fans who often travel great distances to experience our shows." 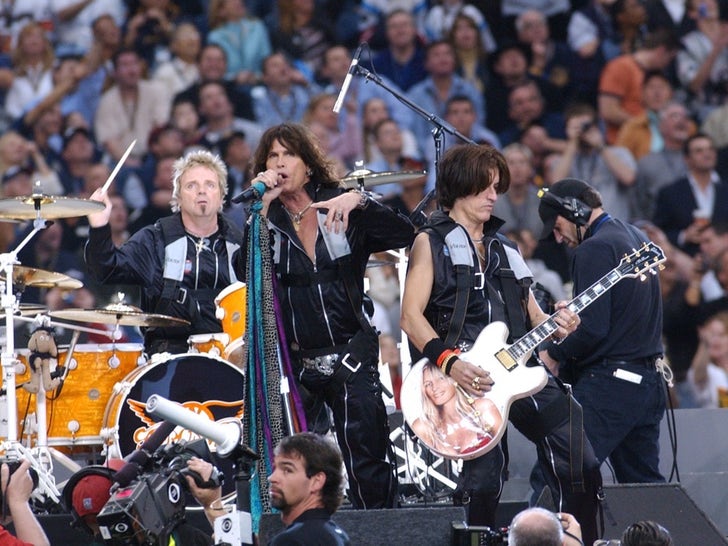 Steven's been an open book about his struggles with addiction in the past, but the 74-year-old had been sober for quite some time leading up to the relapse.

The group finished their message by saying, "Thank you for your understanding and for your support for Steven during this time." 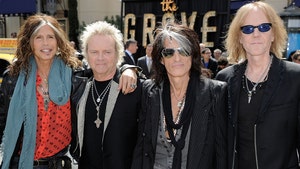 Aerosmith Management Strikes Amazing Deal to Get Band Their Masters 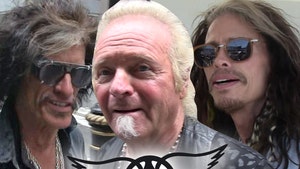 Aerosmith's Joey Kramer Plays with the Band in Vegas