Dave Chappelle and others -- like Ricky Gervais -- are free to make all the jokes they want on Netflix, including ones about transgender people ... again reaffirmed by its top dog.

The streamer's CEO, Ted Sarandos, tripled down in his defense with the NYT, saying that he views the airing of such specials -- such as DC's 'The Closer' or Gervais' new "SuperNature" -- as freedom of expression ... a value he thinks is lost in American society.

He says, "I think it’s very important to the American culture generally to have free expression," going on to add -- "We’re programming for a lot of diverse people who have different opinions and different tastes and different styles ... We want something for everybody but everything’s not going to be for everybody."

Sarandos went on to say the decision to back Dave actually wasn't difficult -- seeing how he's the comedian of our generation, and that he discusses the issue in a nuanced and thoughtful way. Of course, that's up for debate ... those offended might argue otherwise.

In the wake of Chappelle getting tackled at the Hollywood Bowl, Netflix sent a memo to their staff -- basically saying, if you find some of our content so offensive, beat it.

You can tell Netflix is sticking to their guns on this issue -- not only have they allowed 'The Closer' to stay on their platform, but they've inked even more deals with Dave. And Sarandos even said the backlash over not censoring DC is oddly different than it once was.

He says, "It used to be a very liberal issue, so it’s an interesting time that we live in ... I always said if we censor in the U.S., how are we going to defend our content in the Middle East?" BTW, these comments also apply to Gervais who caught flak for his own trans jokes.

RG was a lot more direct in his material -- both mocking "new women" and describing them as the "ones with beards and c***s." Likewise, he also explicitly said he supports trans rights. 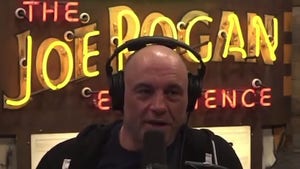