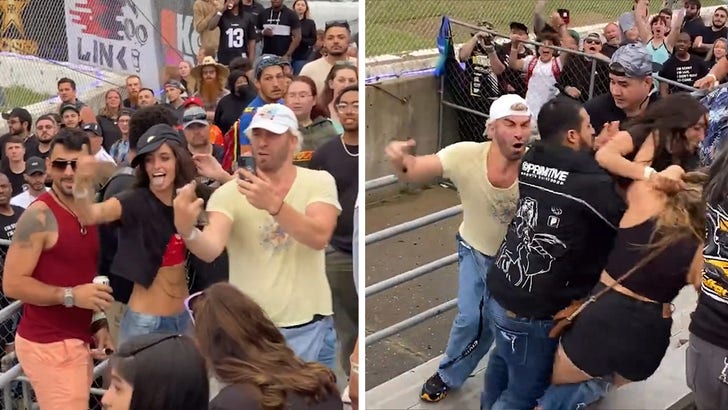 An event at a New Jersey speedway this past weekend looked more like a WWE match ... because, at one point during the race, fans in the stands got into a WILD brawl.

The chaotic scene went down Saturday during a Formula Drift race at Old Bridge Township Raceway Park in Englishtown ... when witnesses say fans grew annoyed with a couple that had been roaming around the bleachers.

According to the witnesses, the man in yellow and the woman in the small black T-shirt had been, among other things, grabbing and touching people ... and, eventually, it led to a physical confrontation.

You can see in the footage, the woman in the black tee seemed to lunge at another woman ... kicking off a huge skirmish.

The man in yellow jumped in -- as did another man ... while the two women whaled on each other and wrestled on the ground. 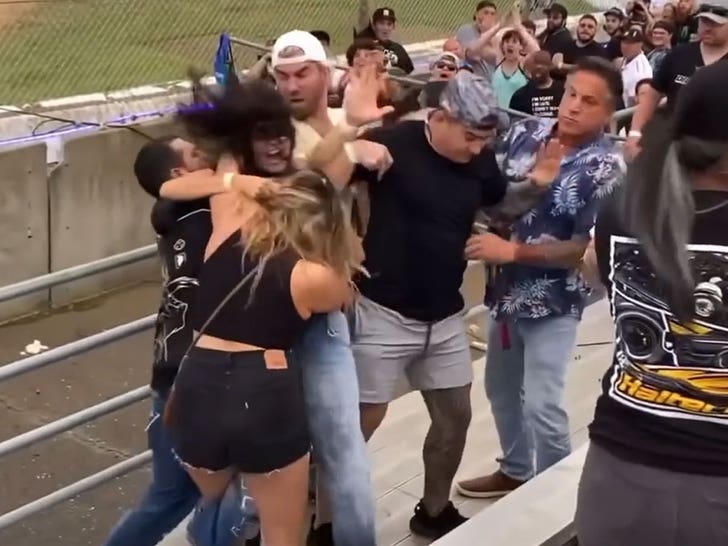 The parties were separated after a few moments ... but the confrontation didn't end there.

When the man in yellow pulled out his phone and appeared to begin filming, another man came over and attempted to smack it out of his hand, which ignited a verbal confrontation.

In a twist, the couple then began making out -- all while cars drifted just feet away -- before security officials finally arrived and appeared to boot them from the area.

Apparently, however, the couple didn't leave the track quietly ... because bystanders filmed them seemingly getting into another dispute outside of the venue with officials.

In the footage, you can see the two appeared to be very aggressive with guards who were trying to get them to leave.

No word if any arrests were ultimately made, we reached out to local authorities, but so far, we haven't heard back. 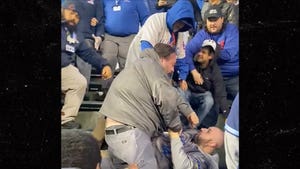