Taylor Swift may be making a run at an EGOT, because she's apparently gunning for an Oscar during this award season ... all over her short film, which qualifies.

The singer's 14-minute video treatment -- which is part music video and film, starring Sadie Sink and Dylan O'Brien -- is eligible to be nominated for an Academy Award at the 95th annual ceremony next year ... in the Best Live Action Short, no less, according to THR.

The outlet reports TayTay and co. are actually consulting with a firm to guide the awards campaign -- so yeah, it seems she/the team behind the film do, in fact, want it considered.

There's more though ... THR says the short film might've actually been up for Best Picture, technically, had it come out in 2022 -- but because it was released in late 2021, it misses that window ... although, Best Short is still in play. 'ATW' was screened in an AMC theater in Lincoln Square for a week straight last year, and because of that ... it can get a nod.

Taylor may also be in the running for another Oscar nomination, potentially, because of an original song she did for 'Where the Crawdads Sing' -- but time will tell if it makes it in.

Still, it's just the latest signal that TS is pivoting toward movies. Remember, she did a whole Q&A at the Tribeca Film Festival earlier this year to talk about 'All Too Well' ... and she's also starring in some serious flicks that are in the works -- stuff where her chops will be tested.

Does the success of the #AllTooWellShortFilm mean that #TaylorSwift can — and should — direct a feature film?! TMZ Movie Crashers debates: https://t.co/zKRsRCfLnc pic.twitter.com/hKdF5xLIhP

She's already proven herself to be an serviceable director ... and soon, she could be a freaking Oscar winner if all falls into place for her. Talk about coming full circle in showbiz! 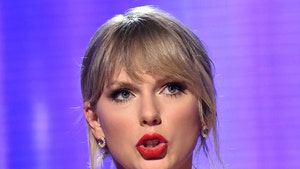 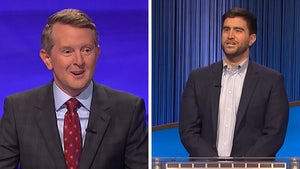