Fresh off his contributions on The Game’s latest album, Hit-Boy has just taken on a new digital gig ... curating the musical sounds of the upcoming "Madden NFL 23."

Waiting for your permission to load Spotify playlist.

Sources close to the situation tell TMZ Hip Hop the third installment of “King’s Disease” is being worked on as we speak, arguably making Hit-Boy the hardest working producer of 2022.

This year alone, Hit worked on Beyoncé's No. 1 “Renaissance” album, dropped his own “Corsa” single with Dom Kennedy, and gave The Game a template to diss Eminem for 10 minutes straight.

Is it too early to order his Producer of the Year award? Asking for the culture here… 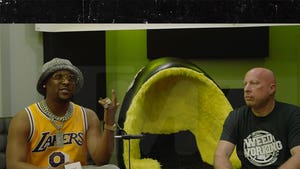