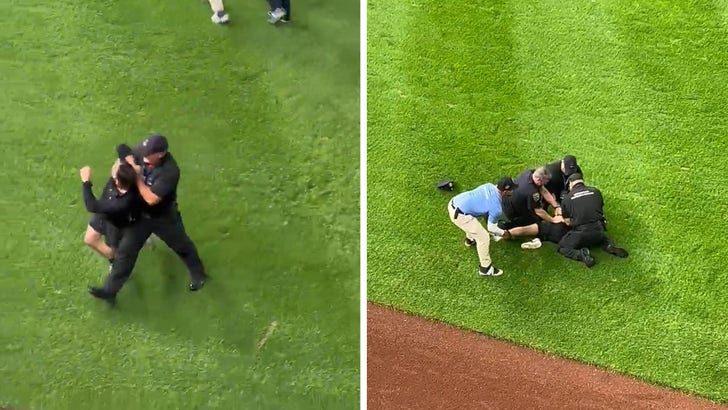 An MLB fan learned the hard way on Monday night it's best to stay in your seat at Yankee Stadium -- 'cause as soon as he left it to take a jaunt on the field ... he was DECKED by security guards.

The moment all happened in the seventh inning of the big Yankees vs. Mets tilt -- when a man thought it'd be fun to hop an outfield wall and attempt to bother NY right fielder Starling Marte.

But, the dude didn't get very far at all -- witnesses at the game say he was pummeled by authorities almost as soon as his feet hit the grass.

Video taken from the outfield seats shows the guy was then manhandled by guards -- who threw him around like a ragdoll.

Eventually, the guy was cuffed and escorted off the turf. No word yet if he was arrested -- we've reached out to cops, but so far, we haven't heard back yet.

The guy ended up missing a pretty good ending to the game -- the Yankees went on to close the door on the Mets, 4-2. 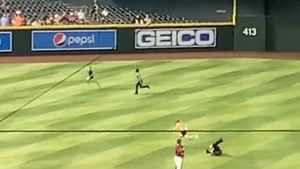 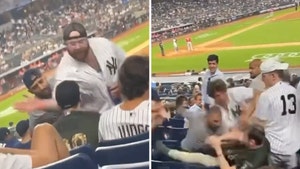 Yankees Fans Fight Each Other In Stands, Wild Haymakers Caught On Video