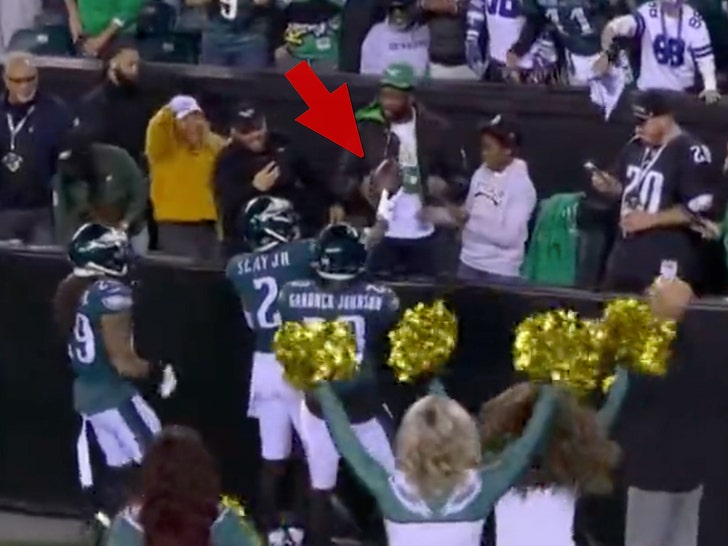 Darius Slay Jr. sent Meek Mill home from "Sunday Night Football" with a gift ... the Philly rapper got the Eagles stars interception ball as a souvenir.

The Eagles had been leading the Cowboys, 17-0, on "SNF" ... when Slay intercepted a Cooper Rush pass intended for wide receiver Michael Gallup.

After a short return, Slay, with his teammates nearby, approached Meek and gave the INT ball to the "Dreams and Nightmares" rapper after dapping him up.

Meek -- who had performed his iconic "Dreams and Nightmares" song before the game -- had good reason to celebrate throughout the night ... Philly was dominating the Cowboys.

Meek Mill just performed Dreams and Nightmares on the sideline.

In his third year with the team, Slay is having a monster season in the Eagles' secondary ... and has made it a tradition to hand over INT footballs to A-list celebs at home games.

Speaking of Harden, his Sixers teammate Joel Embiid -- who hit up the Phillies' closeout game against the Braves on Saturday -- got some facetime with Jill Biden at the game.

The First Lady led the "Fly Eagles Fly" song pregame ... standing alongside cancer survivors right before the Eagles and Cowboys battled it out for NFL East supremacy.

In the end, the Eagles defeated the Cowboys 26-17, improving to 6-0 on the season ... and they did it in star-studded fashion. 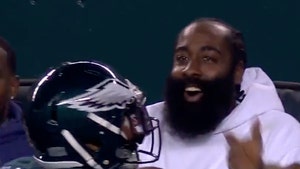 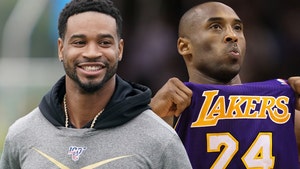