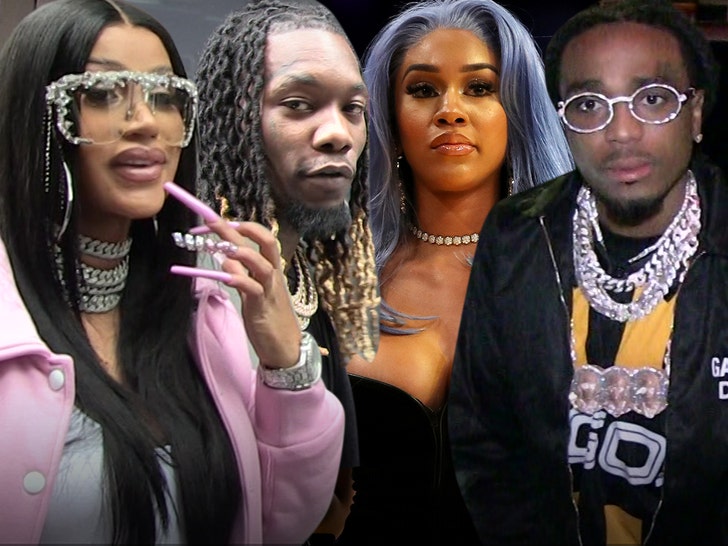 Quavo recently poured gasoline on the Migos' burning house ... sparking rumors for many that Saweetie hooked up with Offset -- and Cardi B is stepping in to tell everyone to mark their calendars for the truth!!!

Cardi took some heat over the weekend after a blog called her out for caring more about her short-lived beef with Madonna than cleaning up the public perception of her marriage. 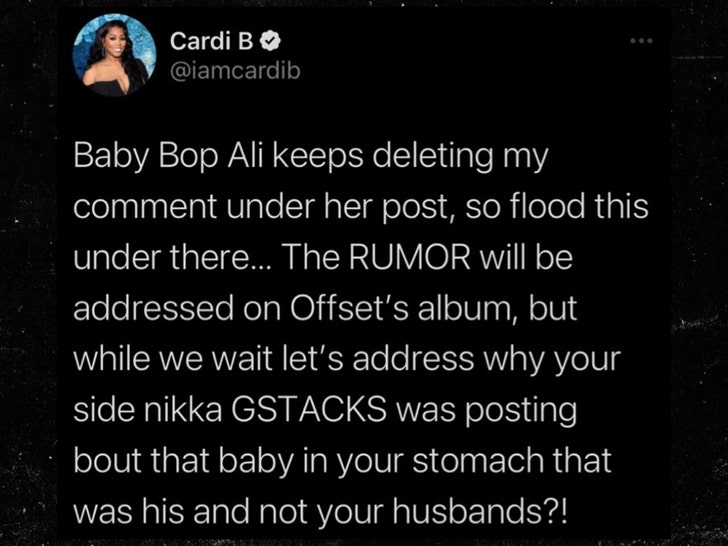 Cardi let everyone know Offset would seize the moment to put an end to the rumors on his upcoming solo album, which is due out on November 11.

Call it fighting fire with flames ... Quavo initially sold the sensation on his and Takeoff's Migos-deflecting album "Only Built 4 Infinity Links."

While rapping on the song "Messy," Quavo erupted the volcano with the lyrics, "'Caresha Please' 'cause she too messy/Bitch f****d my dog behind my back, but I ain’t stressin'/You wanted the gang, you should’ve just said it, we would’ve blessed it."

Offset previously filed a legal injunction to separate himself from his longtime label Quality Control ... and it's safe to say Cardi is securing his buzz to boost the first-week streams boost.

Offset released the singles "Code" featuring Moneybagg Yo and "5,4,3,2,1" produced by Baby Keem ... but the track Cardi's touting will obviously be the big draw come release day. 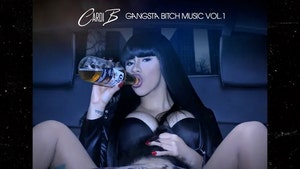 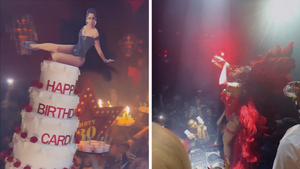