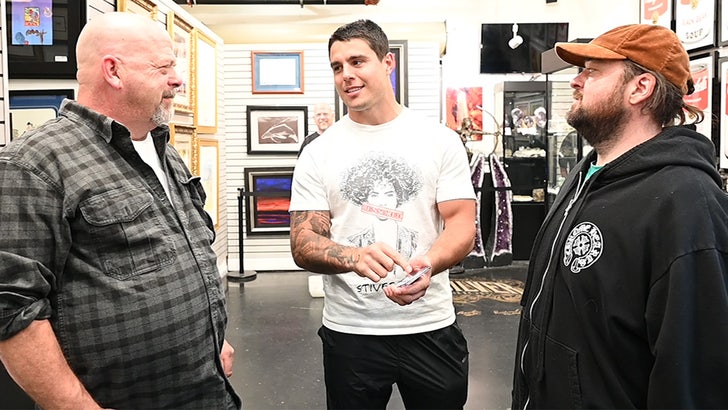 "Pawn Stars" Rick Harrison and Chumlee have a chance to snap up a one-of-a-kind piece of memorabilia ... courtesy of an NFL player holding on to a Pokémon card worth 6 figures!!!

Rick and Chum met up with Raiders' linebacker Blake Martinez Thursday night during a meet and greet at Gold & Silver Pawn Shop in Las Vegas. 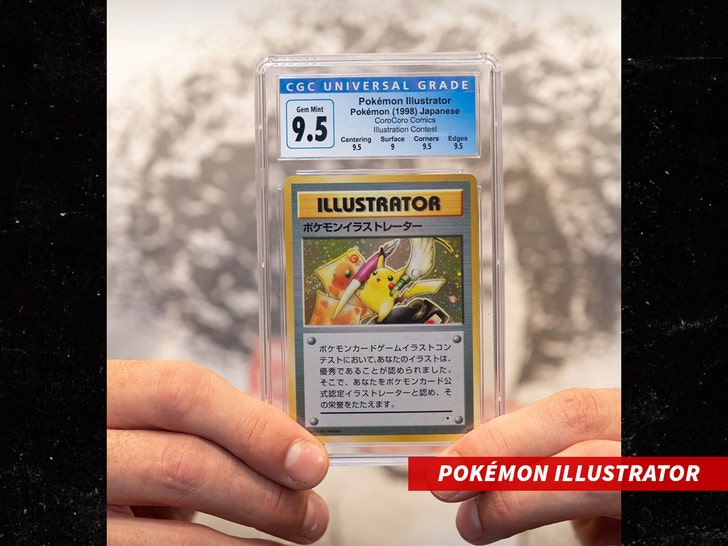 Blake brought his very rare card -- a Pokémon Illustrator -- and the guys got a close look. It is said to be one of the rarest cards in Pokémon history, as only 4 were ever made.

That makes it a bona fide commodity ... one experts believe could rake in more than $1 mil. There is one in better condition, which sold for $4 million!!! 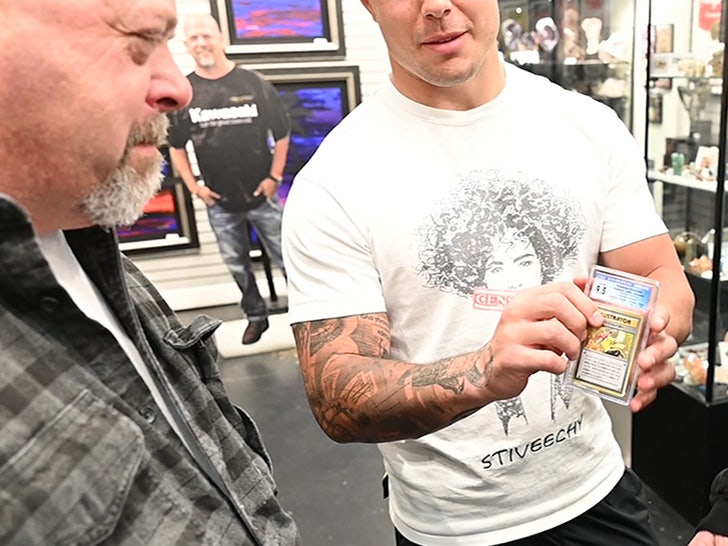 As for how it got in Blake's hands -- the Pokémon fanatic's been collecting 'em all since he was 6 years old. This trophy card in particular he had FedExed from a guy in Japan.

While the linkup might seem unlikely to some, we're told the guys came together because Blake and Chum both trade cards on the same website.

Blake is selling the card through Goldin Auctions ... and it's already hit $360K.

If, unlike Rick, you wanna move on this gem, bidding closes at 7 PM PT. 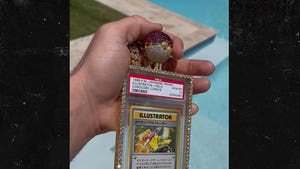 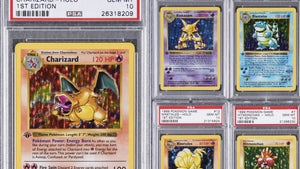