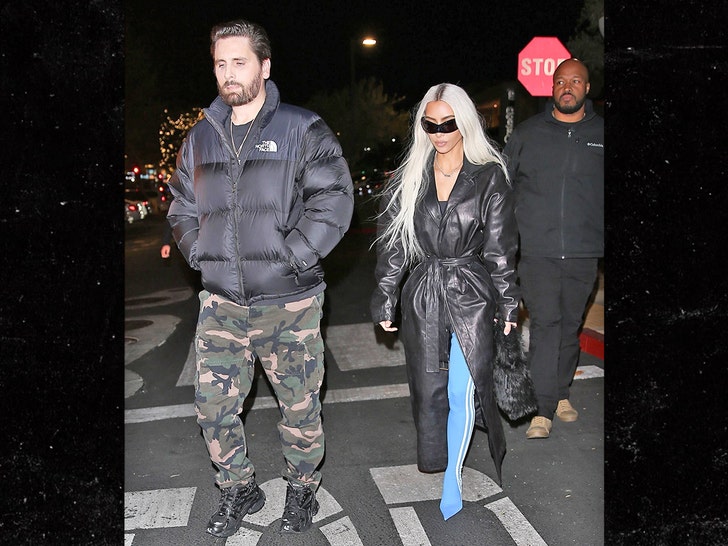 Scott Disick is doing something we rarely see anymore -- spending some one-on-one time with Kim Kardashian -- as cameras for the family's reality show trailed close behind.

Scott and Kim had a late-night dinner together at Il Fornaio in Woodland Hills Thursday ... where you have to imagine they caught up on the latest family drama, and Kourtney's marriage with Travis Barker. 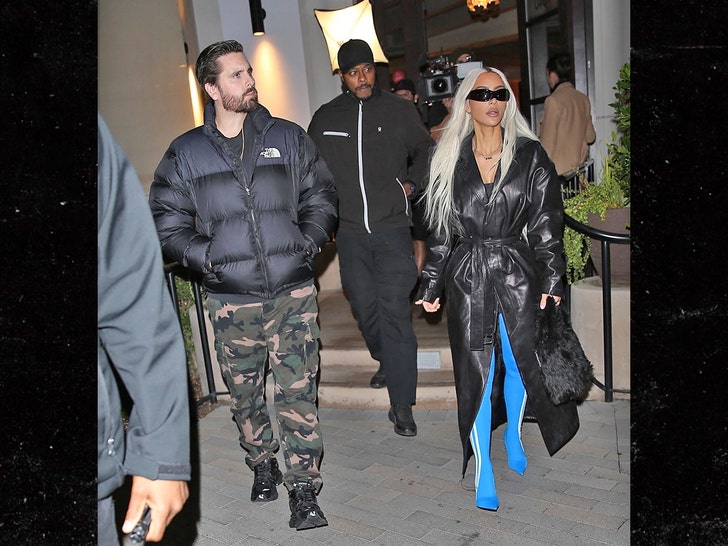 Fans of "The Kardashians" know Scott's been notably absent from the show lately.

Scott's spoken up about not getting invited to family functions -- for those unaware, he was a big part of Kourtney's life post-breakup, but that changed after she and Travis got hitched. 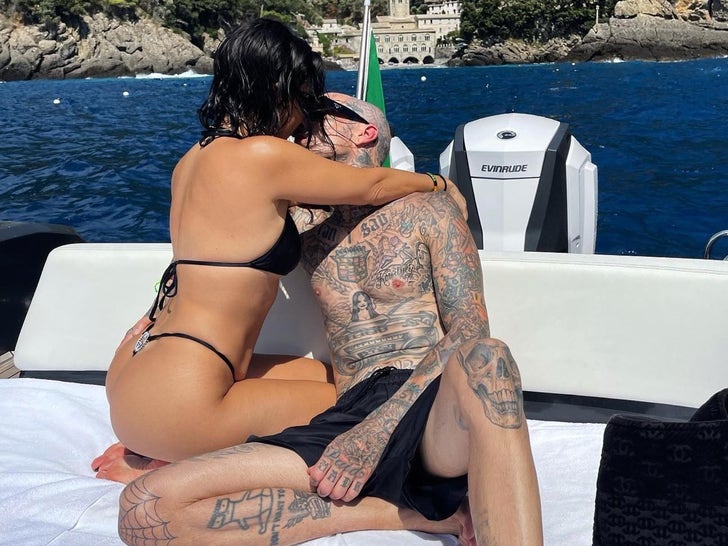 Kourt and Travis Barker's very public romance is what many have seen as why Scott's been pushed away ... and we're betting Scott and Kim will dive into that in the upcoming season. 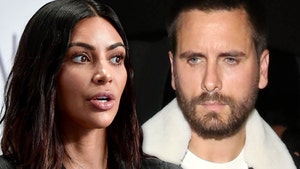