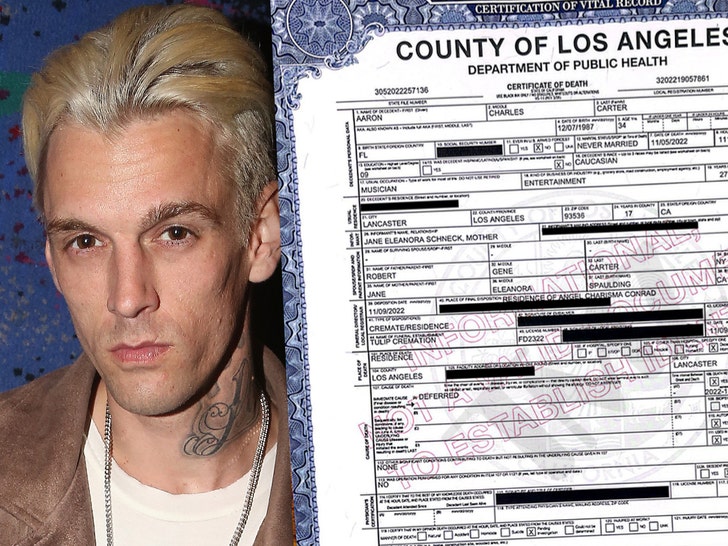 Aaron Carter's final resting place has yet to be determined, but the singer's death certificate reveals his family made the decision to have him cremated.

The legal doc, obtained by TMZ, says Aaron's ashes will be held by his sister Angel. We're told from there, the family will decide what to do with them to honor Aaron. 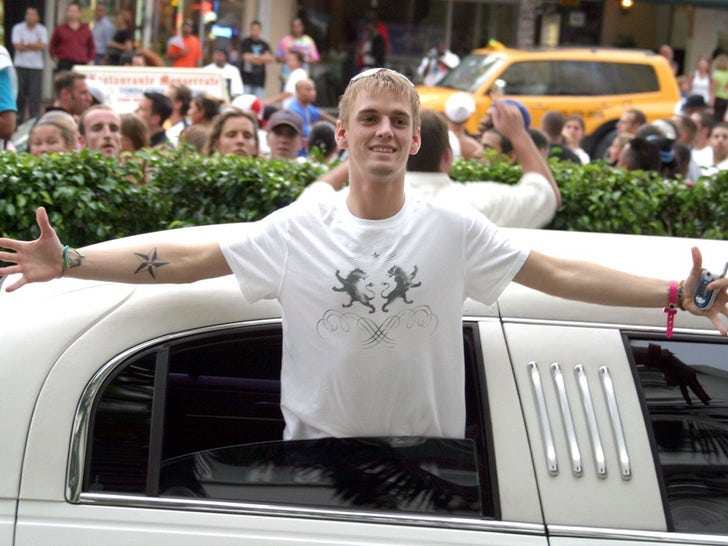 The document doesn't reveal much else as far as new info into the cause of Aaron's death. He's listed as a musician who worked in entertainment, never married. His mother, Jane, is mentioned as the informant.

An official cause of death is still categorized as deferred -- more tests are needed to determine what exactly killed him. 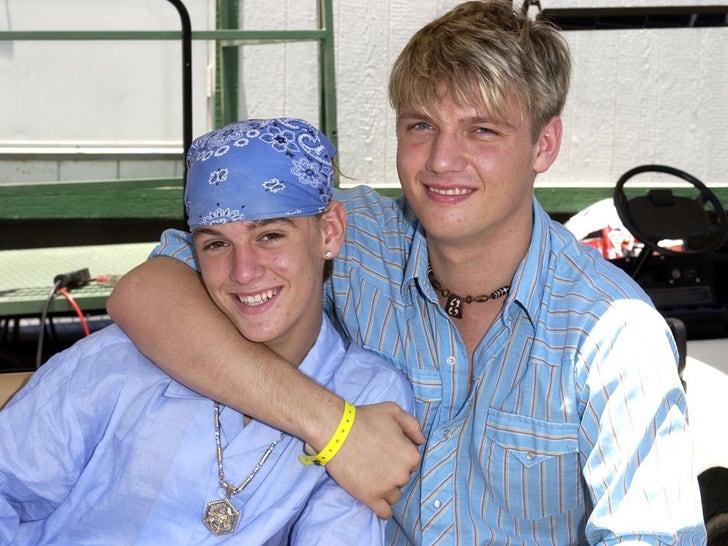 TMZ broke the story ... Aaron was found dead in the bathtub at his Lancaster, CA home two weeks ago. Law enforcement also discovered canisters of compressed air scattered about -- AC publicly struggled with substance abuse issues throughout much of his adult life. 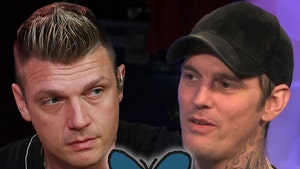 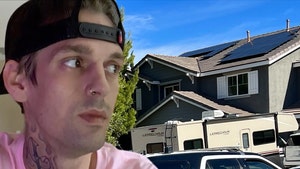