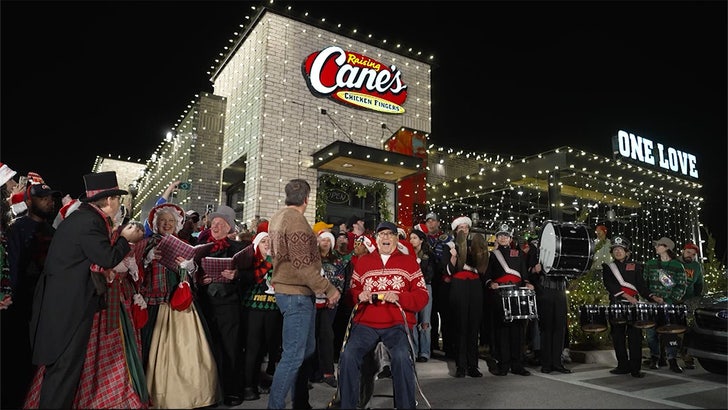 Chevy Chase is going full Clark Griswold and plugging in to recreate one of the funniest 'Christmas Vacation' scenes for a fast food chain ... and once again, it's a real beaut!!!

The actor teamed up with Raising Cane's founder Todd Graves Tuesday night in the Chicago suburb of Morton Grove, IL for some festive fun -- and Chevy had all the power as they handed him a couple of extension cords to light the hell outta one of their restaurants.

The Cane's location has more than 13,000 lights, a Santa Claus, reindeer and sleigh -- almost as over-the-top as the display Clark juiced up in the 'National Lampoon' holiday classic. 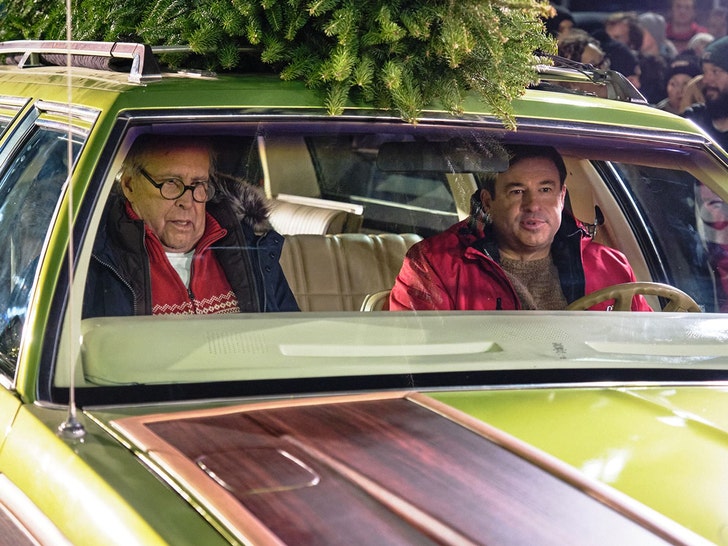 They did not recreate the hilarious power outage and house fire from the movie -- but a crowd of more than 500 showed up to join in on the holiday cheer ... including a bunch of carolers and a whole marching band.

The display's staying up for the holidays, so 'Christmas Vacation' fans can get their grub on and snap a photo op with the elaborate setup. 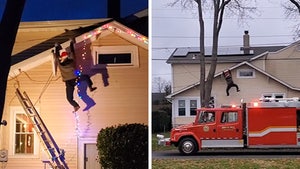