Chicago rapper 600 Breezy once got catfished by a girl so bad, she had him drive deep into the Georgia boonies for 2 hours ... to an address that didn't even exist!!!

Breezo was a recent guest on "Trsh Talk" where he openly admitted to being strung along for months without a meet-up … claiming the girl was so fine in her photos, anyone would've taken the bait!!!

And, take the bait he did … Breezo says that after roughly 7 months of phone convos, he finally realized it was a hoax when she stopped responding during the car trip off to nowhere.

Breezo says he even sought advice from actual episodes of MTV's 'Catfish' for guidance — which just celebrated its 10th anniversary of bursting phony relationship bubbles on TV.

To make things even crazier for Breezo, he says the real woman -- an alleged prostitute with an overbearing pimp -- reached out to him after he posted her pics on IG, and cursed him out while naked in the shower!!!

Breezo says he eventually did get a glimpse of his catfisher -- he didn't specify how -- but to his surprise, he found her attractive as well!!! 😫

Everything that glitters on the 'Gram ain't gold, people!!! 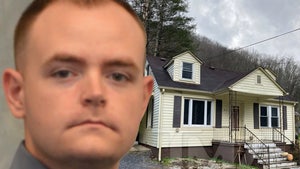 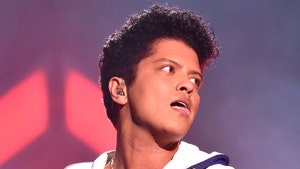