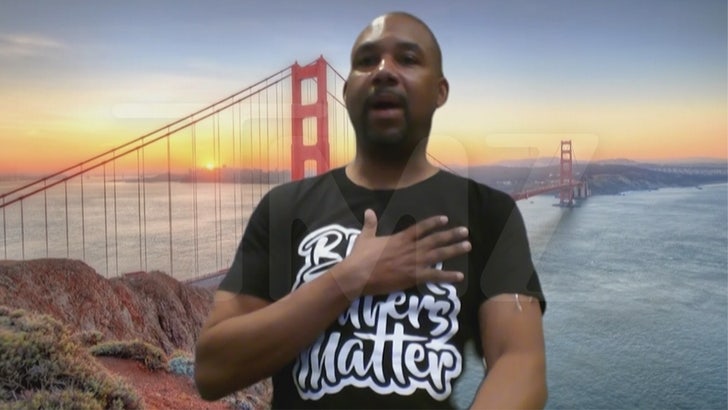 San Francisco is heading down a dangerous, slippery slope with its proposal to deploy robots that can use lethal force ... that's according to the President of the city's board of supervisors.

Shamann Walton joined us Friday on "TMZ Live," and ran down a list of ways he feels the armed police robots could backfire, and he says hacking is a huge concern.

In case you missed it, San Fran's board of supervisors approved the robots in an 8-3 vote ... with Shamann being one of the few opposing. After the approval, he said voting against the policy didn't make him anti-cop, just pro-people of color.

Critics are concerned innocent POC could be disproportionately harmed when these robots are deployed at city crime scenes.

To be clear, San Fran's not talking about "Robocop"-like androids -- they're talking about remote-controlled machines, similar to ones already used by bomb squads. The difference is these would be armed with bullets and explosives.

Shamann says the department's reasons for using robots just don't track for him, and he gives several examples where they wouldn't be practical.

Proponents say the robots could be valuable in mass shooter situations -- like Uvalde, TX, for instance -- but Shamman says he, and many parents, wouldn't be comfortable sending in a robot when kids could be hurt or killed.

Bottom line for the supervisor is ... save the robots and drones for military battlefields, not crowded cities filled with innocent bystanders.