The reason there's so many unlikeable female leads is because Hollywood is all in on "Mary Sue" -- so says one writer ... whose hot take is getting blasted as straight-up misogyny.

A fella named Joshua Lisec -- who's ghostwritten a ton of books over the years -- took to Twitter this week to outline a very long argument he firmly believes in ... namely, that the literary "Mary Sue" archetype is alive and thriving in modern-day entertainment, despite the fact people aren't really into these strong fictional heroines who kick ass out of nowhere.

Why are modern female heroes so unlikeable?

And what does that mean for us professional writers?

It all starts with Mary Sue... pic.twitter.com/ixhIFvdgbi

Essentially, this boils down to characters like Rey (Daisy Ridley, 'Star Wars'), Galadriel (Morfydd Clark, "Rings of Power"), Carol Danvers (Brie Larson, "Captain Marvel") and even Bo Peep (Annie Potts, "Toy Story 4") and others who start out in a new plot as bad to the bone ... despite a lack of training/backstory to explain how they came to be so strong.

Now, whether that definition of a typical Mary Sue actually applies to the above-mentioned characters -- and other female leads in action movies in general -- is what's at debate here.

And feels like the most arbitrary comparison sheet in the history of mankind that has been twisted to fit your own narrative of what it means to be a ‘Mary Sue’. pic.twitter.com/jkKUo4jsdx

Lisec's thread has gone viral, with a ton of backlash coming his way for what a lot of people claim is a convoluted and long-winded way to say ... he simply doesn't like women, and can't stand the idea of a female character being anything other than a damsel in distress.

There are others poking holes in his theory ... at one point during which he makes comparisons to classic male leads whom he thinks were properly fleshed out (Luke Skywalker, etc.) Some are offering examples of countless traditional male heroes who've emerged with unexplained powers ... noting Mary Sue is a dog whistle to attack women.

As for why this convo is even taking place ... well, it appears there are some, like Lisec, who feel there is, in fact, a push from Hollywood lately for "strong female leads" who emerge as heroes without a bona fide, solid setup. The forthcoming 'Indiana Jones' flick appears to be positioning Phoebe Waller-Bridge's character for exactly that (the "new Indy" post-Ford).

This isn't a sentiment that's super fringe either ... Emily Blunt has denounced the "strong female lead" label -- basically saying it was being done to death, and that she's over it.

Men’s obsession with their strict ideas of femininity and it centering around being weak and on the sidelines of stories is honestly very revealing about how they view women. And it’s honestly scares me lmfaooo pic.twitter.com/0nt7i5TyZn

The discourse, per usual, rages on. 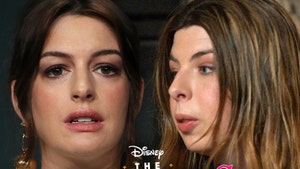 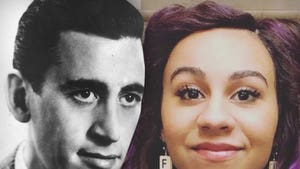