Rappers are often dinged for their lack of unity, but some of the industry's biggest OGs, Snoop Dogg, Ice Cube, E-40 and Too $hort are showing the culture how to get money as the supergroup Mount Westmore ... and they just dropped their debut album together!!!

The four rap legends put their love for Cali rap on display with the 16-track effort ... with production from the likes of Rick Rock, Ant Banks, Big Zeke, Soopafly, Kato On the Track, Fredwreck, Dem Jointz, ProHoeZak, and others.

Cube, E-40 and $hort have been holding down the campaign trail on platforms like RapCaViar for Snoop ... who's currently out in the boonies shooting a movie, but the story goes, it was a simple round of phone calls to make the group an actual thing.

Mount Westmore says they're spitting ageism culture in hip hop in the face, All four superstars are over the age of 50 but feel like they're in their prime as artists. That's what you call "dangerous MCs!!!"

We're told fans can expect to see them all on stage together come 2023 ... which would make an historic event in itself!!! 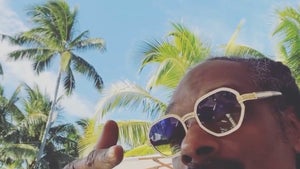 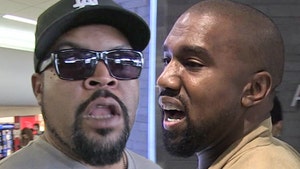