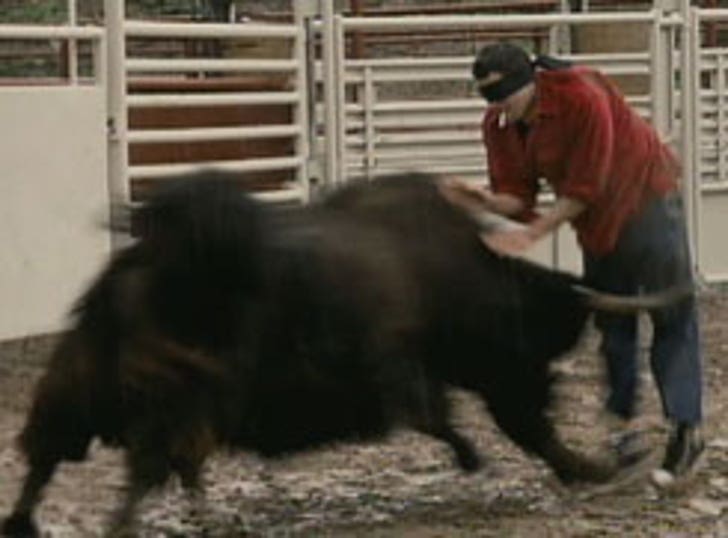 Admit it... you just can't get enough of "Jackass." You have every episode of the TV show on DVD and you were first in line to see both "Jackass" flicks. Never fear, there's plenty more where that came from.

An insider at Paramount Studios tells TMZ that they have so much video featuring Chris Pontius, Johnny Knoxville, Steve-O, Bam Margera and the whole crew that they will be releasing never before seen scenes straight to DVD on "Jackass 2.5." The studio was also so thrilled with the huge success of "Jackass Number Two" -- which took in $51.5 million in its first two weeks of release -- that they have greenlighted "Jackass Three" and are speeding up production on that release.

Thank god... and you thought you'd have to wait forever to see Steve-O be used for bait.