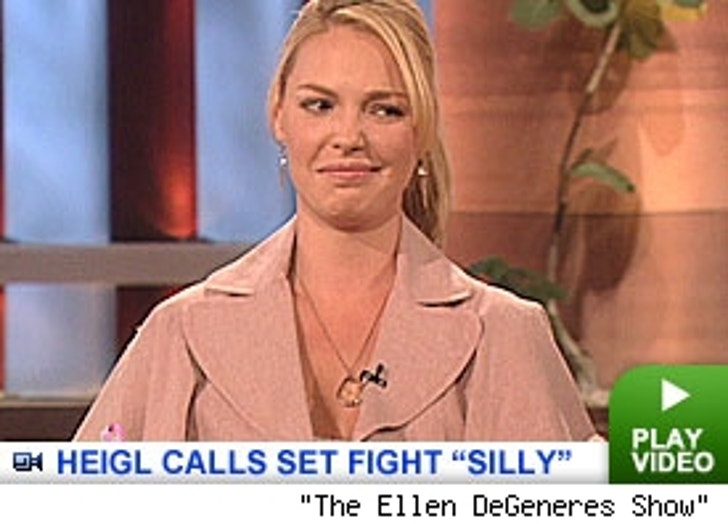 The on-set fight between Isaiah Washington and Patrick Dempsey was nothing more than "a little burst of testosterone" -- at least according to Katherine Heigl.

Though some reports suggest the scuffle was set-off by Washington making hateful comments towards another cast mate, Heigl, who plays Dr. Isobel "Izzie" Stevens, downplayed the altercation on "The Ellen DeGeneres Show."

"It was something silly and manly," says Heigel, who was not in the scene being filmed, "there was a little burst of testosterone in the room and then within five minute everything was totally fine. They were totally fine and joking with each other and laughing."