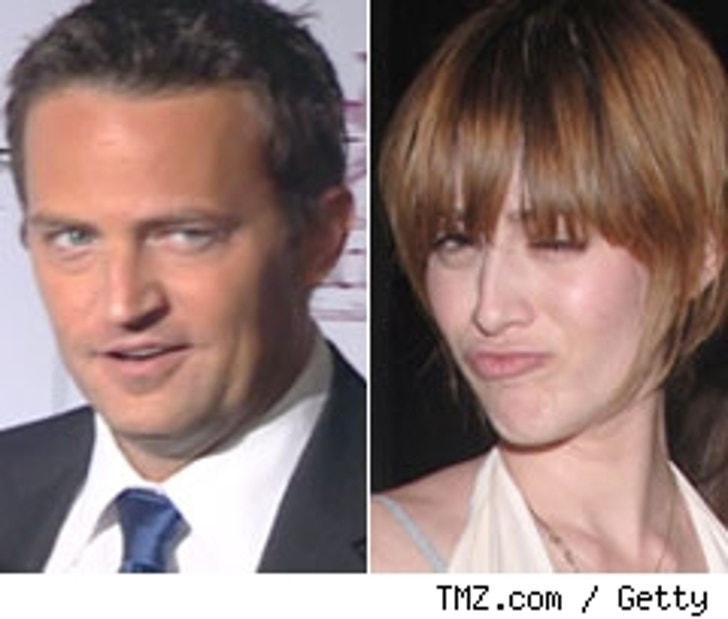 It's getting hot on the Warner lot! Well-placed sources tell TMZ that Matthew Perry has been romancing Lizzy Caplan of the new CBS show "The Class." We're told that although the two have only been coupling for a few weeks, the romance is definitely hot and heavy!

The former "Friend" met the hot "Mean Girls" starlet on the set as Perry's show, "Studio 60 on the Sunset Strip" shoots nearby. Our spies tell us the two visit each other's sets frequently, and are often seen canoodling.

The two have more in common than their studio location. "The Class" was created by David Crane, who was one of the executive producers of "Friends," and the couple was reportedly fixed up by Matt LeBlanc's rumored new squeeze (and former "Joey" co-star) Andrea Anders. Just to make things even more incestuously confusing, Anders now is a "Class" regular.

And in case you were wondering; Lizzy is 24 and Matthew is 37. Nice pull, Chandler. Could she BE any younger??