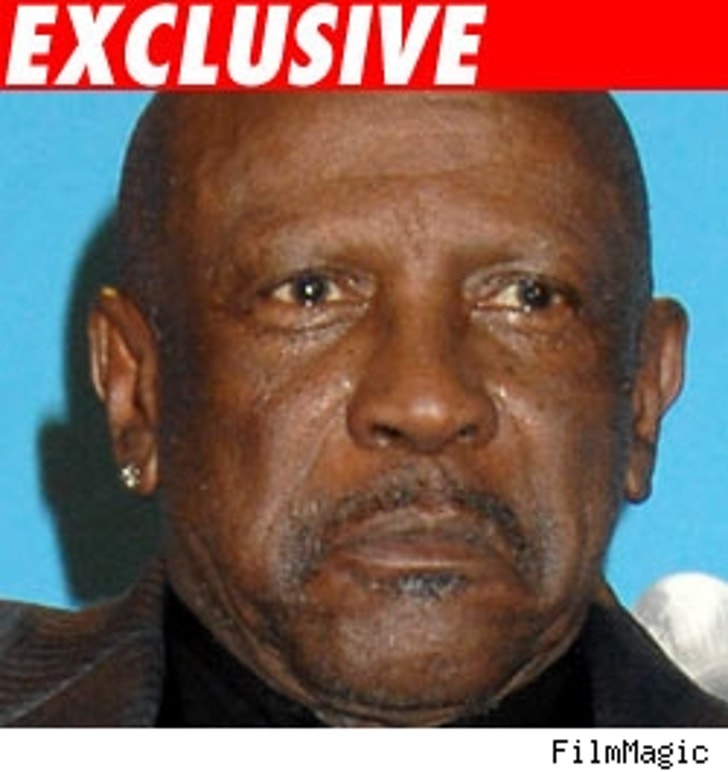 Actor Louis Gossett, Jr. says he's the victim of an identity thief -- and that someone forged his signature to get their hands on a pair of $37,000 Lakers tickets.

In an exclusive interview with TMZ, Gossett swats away allegations that he took the tickets and didn't pay for them -- and, by the way, he's had his own Lakers seats since the Magic-and-Kareem era!

Gossett tells TMZ that he recalls being offered the Staples Center Premiere seats, which are good for nearly any sporting event at the arena for two years, but denies ever agreeing to take them -- adding that the signature on the "contract" he signed is a fake. What's more, Gossett says he hasn't been served with the lawsuit from L. A. Arena Funding which accuses him of deadbeating on the Premiere Seats, and that he first learned about the suit through the media.

The Oscar winner adds that he doesn't really give a layup about any other team that plays at Staples, other than the Lakers, whom he considers "family," counting Magic as a "good friend."

A Lakers rep confirms that Gossett has been a Lakers fan in good seating for "twenty years," and that he's fully paid up. A call to lawyers for L.A. Arena wasn't returned.