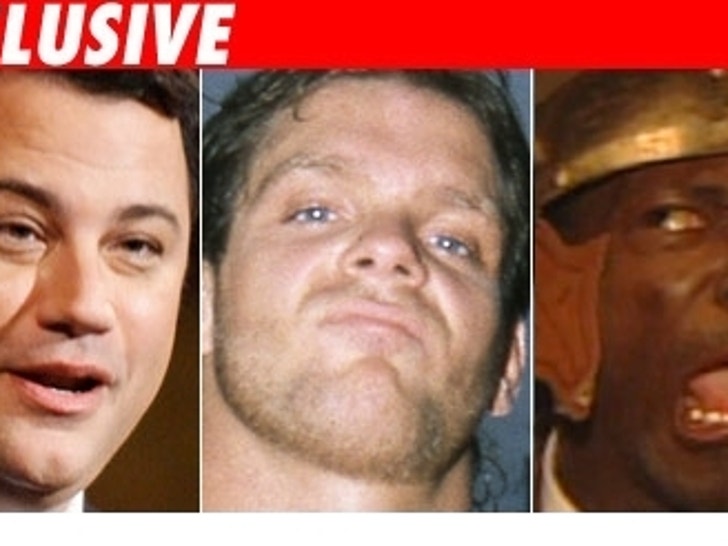 There is a line you can cross when roasting Flavor Flav -- and Jimmy Kimmel was the one who crossed it. 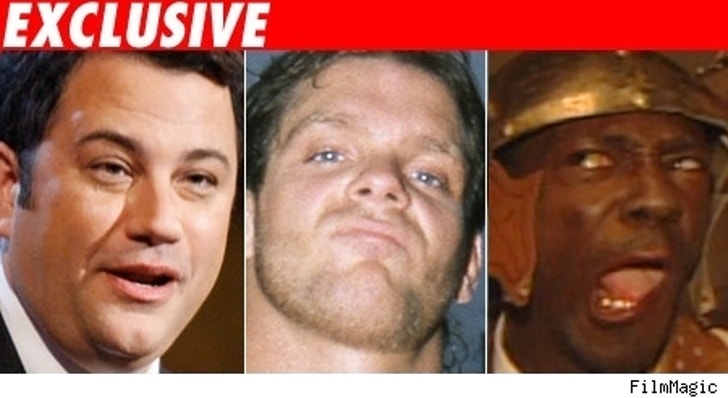 During last night's four-letter fest in honor of the "Flavor of Love" star, Kimmel was poking fun at the fact that Flav has several children with several different women, when he said that "Chris Benoit is a better father than you." What, too soon?

A TMZ staffer who was at the roast (airing August 12 on Comedy Central) just happened to be sitting next to two censors for the network. When Kimmel made the crack, the censors looked at each other and laughed while shaking their heads "no." One immediately put down "Chris Benoit" on a list of jokes to cut. Another joke to make the list came at the end, when the Queen of Mean, Lisa Lampanelli, called the "Flavor of Love" girls sprinkled throughout the audience "nappy headed bitches."