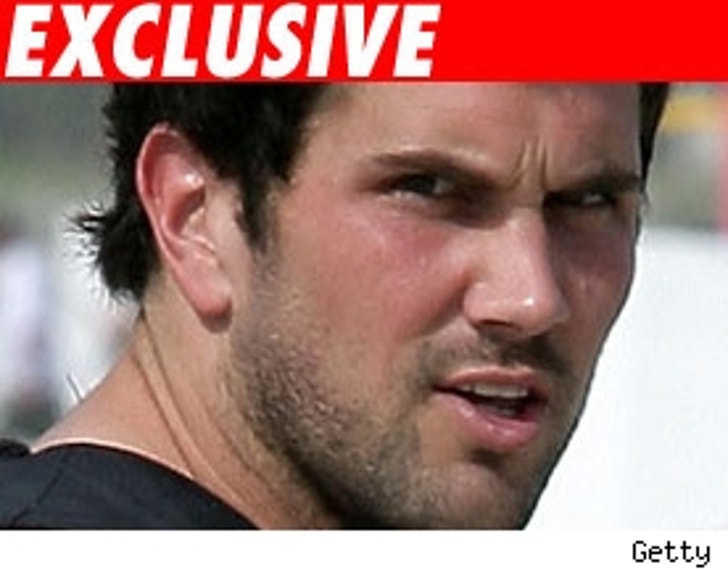 NFL stud Matt Leinart has scored himself another high profile job -- but TMZ has learned the pretty boy QB is busting his ass to make sure his new Hollywood gig doesn't interfere with his daddy duties.

A spy on the L.A. set of a new Adam Sandler project has confirmed that Leinart landed an acting role in the untitled flick, featuring "Scary Movie" star Anna Faris. While sources claim Leinart is serious about the part, we're told that he's only shooting on days he's not scheduled to visit his 9-month-old son with baby mama Brynn Cameron, and when he's free from any football obligations with the Arizona Cardinals. But according to Brynn, Leinart's "Hollywood stuff" is taking his focus away from being a good parent, as she complained to the Ventura County Star, "It's kind of hard for me as the mom ... he comes and goes whenever he wants."

When contacted by TMZ, Leinart's rep wouldn't talk about the movie, but assured the Cardinal faithful that "Matt is focused right now on his way to training camp. He has a job to do with the Arizona Cardinals. That's all we have to say about that."

As TMZ first reported, Leinart is embroiled in a nasty legal battle with his Cameron, who is asking for more than $30K a month in child support from the $50 million-contract jock.