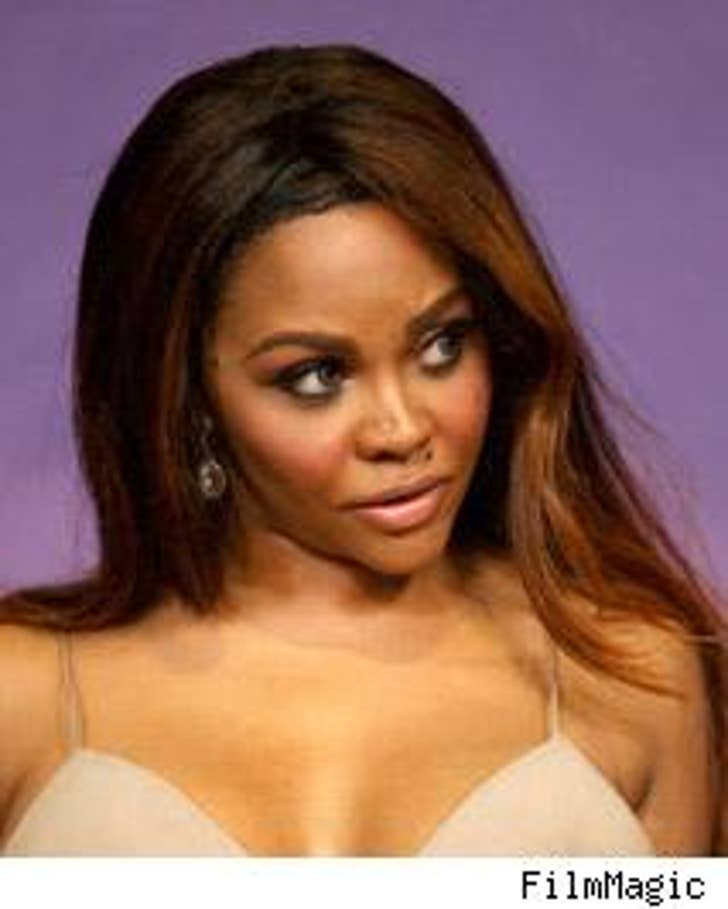 New developments in Lil' Kim's driving drama: A source who was at the scene of Kim's Thursday night pull-over tells TMZ that Crazy Kim told cops that the license plate-free car was a gift from her boyfriend (Ray J?). Kim said that her man sent the Lamborghini on a flatbed from California to NYC. Kimmy then told cops that in California, cars don't need to display license plates. Oh really?

Kim's story changed once more when she told police that she was actually licensed to drive in New Jersey but forgot her license. Turns out she's not licensed anywhere.

During the incident, said the source, Kim stayed calm and cool, but when cameras showed up, whoa Nelly! "She became belligerent, loud and obnoxious. She proclaimed that if she was the average person, this wouldn't have been a problem." Since when is driving without a valid license or license plates not a problem?