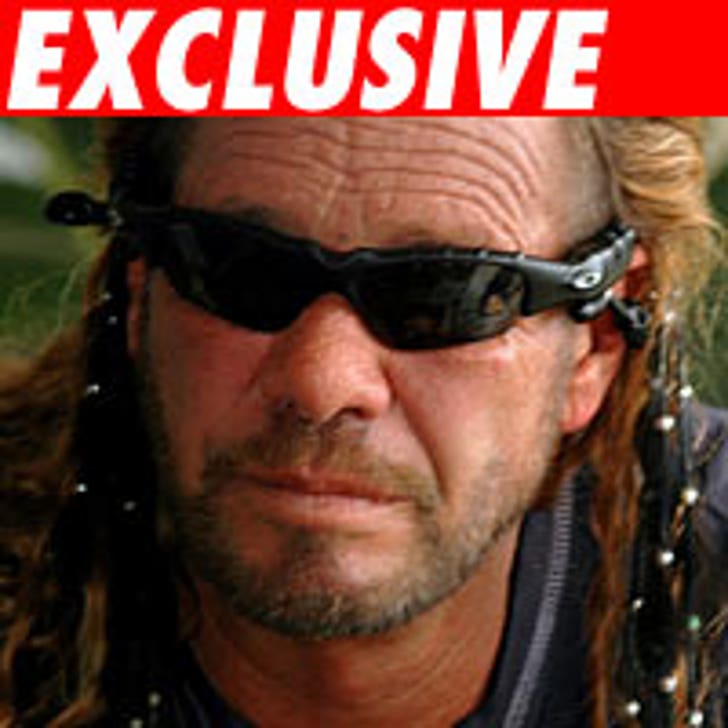 A federal judge in Hawaii has ruled that bounty hunter Duane "Dog" Chapman will not face extradition to Mexico on charges of "unlawful deprivation of liberty." The Dog is finally free!

The judge found that there was no evidence that Dog, son Leland and brother Tim were actually charged with an extraditable offense or that a "valid warrant for their arrest exists."

As TMZ first reported
, a Mexican trial judge threw out all charges against Dog and his associates last August, but a federal judge said he needed more time to look at the case -- and went on a 3-month vacation! That judge finally ruled today, ending the Chapman's Mexican legal nightmare.

The group had been charged for their role in the 2003 capture of Max Factor heir Andrew Luster, who disappeared while awaiting trial on rape charges in California -- he was convicted in absentia. Bounty hunting is considered a crime in Mexico. Luster currently sits in the slammer serving a 124-year prison sentence.