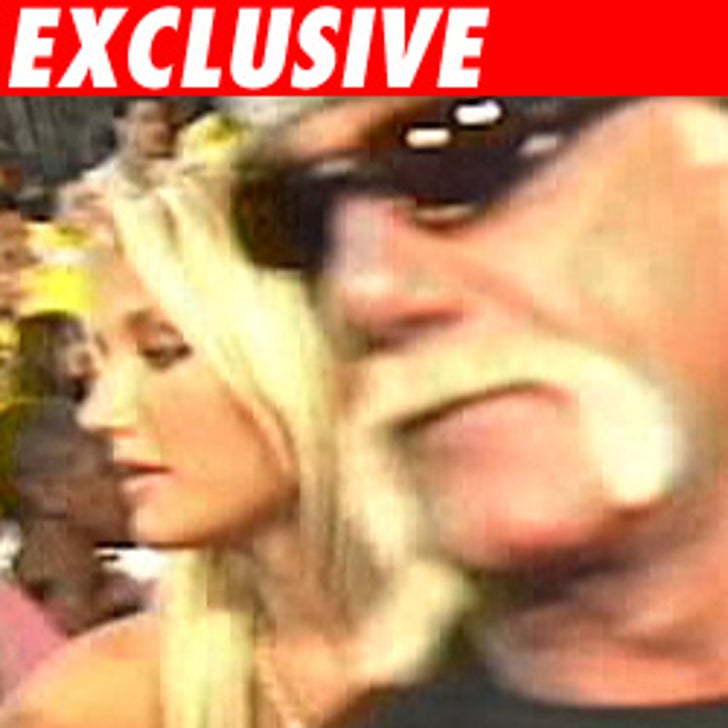 Even though it was Linda Bollea who dropped divorce papers on hubby Hulk Hogan last week, the 48 year-old celebuspouse is still hoping to save her marriage. Wait ... come again?!

"She keeps saying to him 'Can't we find a way to make this work?," a source close to the couple tells TMZ. "She doesn't want to see the family break up. She really wants to work it out with him. But it is like pushing up against a brick wall. She is heartbroken about it."

And the Hulkster's not so tickled about reports that he learned of the split from a Florida newspaper reporter.

"He actually heard it from his lawyer," we're told. "There was no surprise. It had been coming for a while. They have grown to be two different people. When hardships hit them, it really brings them down. And when they were finally hit with a real problem -- (son Nick, 17, is facing felony charges of reckless driving from an August car wreck) -- they just couldn't make it work."