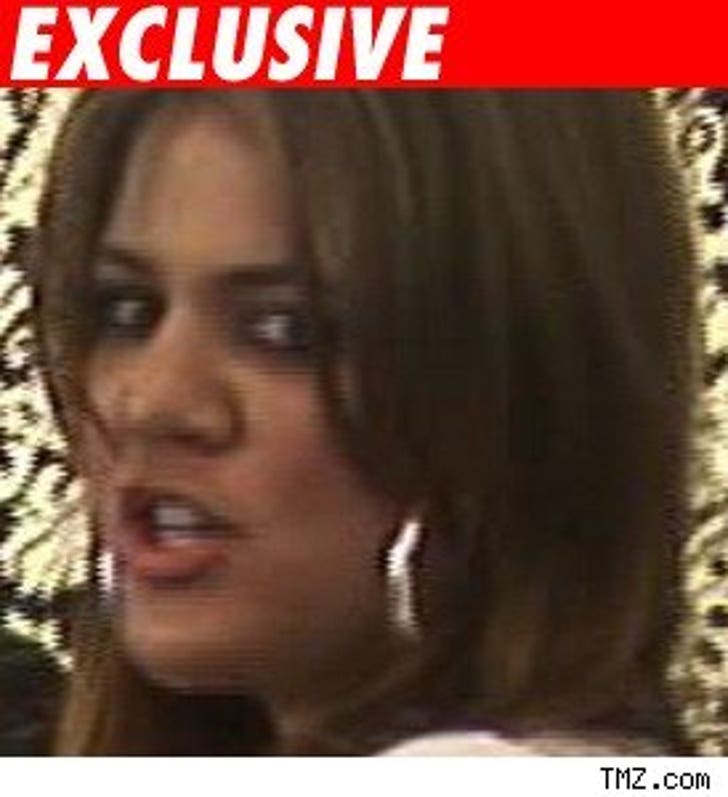 Khloe Kardashian is out of the pokey, and now we're learning about the horrors of her ordeal behind bars.

Our spies tell us the youngest Kardashian's unspeakable treatment began when K.K. began to board the bus headed to the Twin Towers jail. A woman on the bus had a violent seizure and Khloe was re-routed to Lynwood. Then, as we reported earlier, a bomb scare at the jail triggered a lockdown, so Miss K was forced into solitary confinement.

Then, Khloe was freezing cold so she asked guards for a simple blanket. Just like Tara at Hyde, she was denied.

As if that's not enough, she had to watch videos on how to be a good prisoner and how to avoid getting staph infections.

And, Khloe was not even able to change out of her street clothes, which must have been soiled from all the drama.