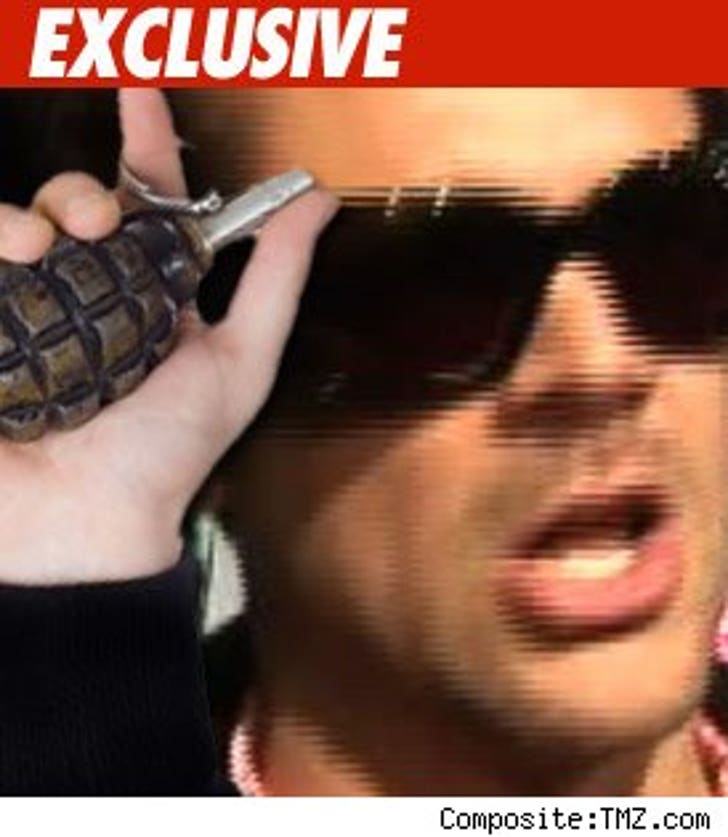 UPDATE: We've learned the "grenade" found in Knoxville's bag was the real deal -- but had no explosives. In other words, it was not a toy.

Only a jackass brings a grenade to an airport -- and cops say that's exactly what Johnny Knoxville did today.

Law enforcement sources tell TMZ Knoxville was detained this morning at LAX after security found a fake grenade in his carry-on bag. He was in terminal 4 (American Airlines) when a screener saw something suspicious.

Knoxville was detained, cited and released. We're told the citation was for carrying a "prohibited item" into an airport.

But check this -- Knoxville made his flight.